There's a new leader in the race to the top of Austin's skyline. 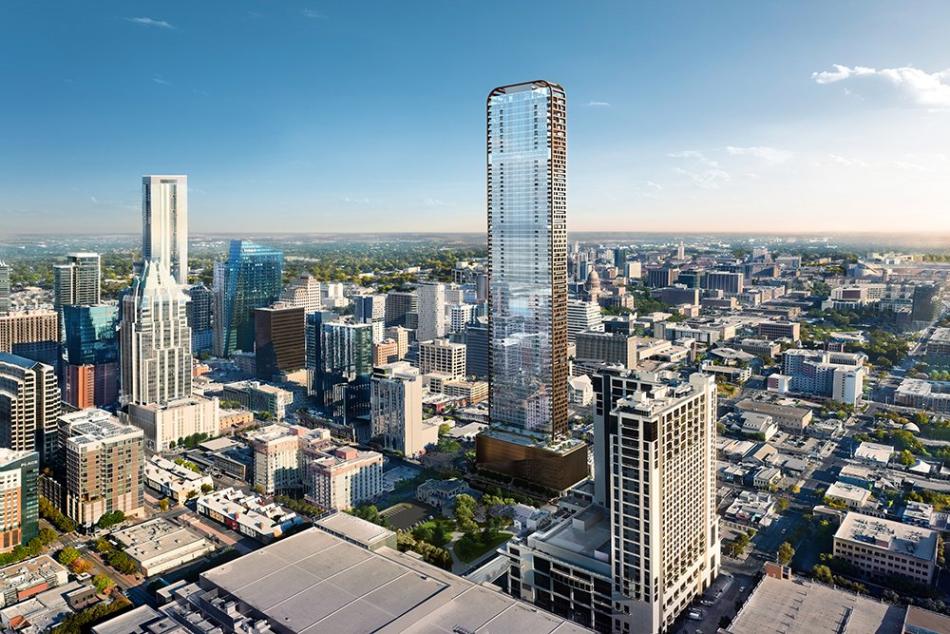 Wilson Tower will be the tallest in Austin and Texas when completed.Courtesy of HKS

The tower will exceed the height of the Waterline, the supertall under construction at 98 Red River, by 13 feet. Wilson Tower will replace the Waterline as the tallest of Austin's impending skyscrapers as well as displacing it as the future tallest tower in Texas. 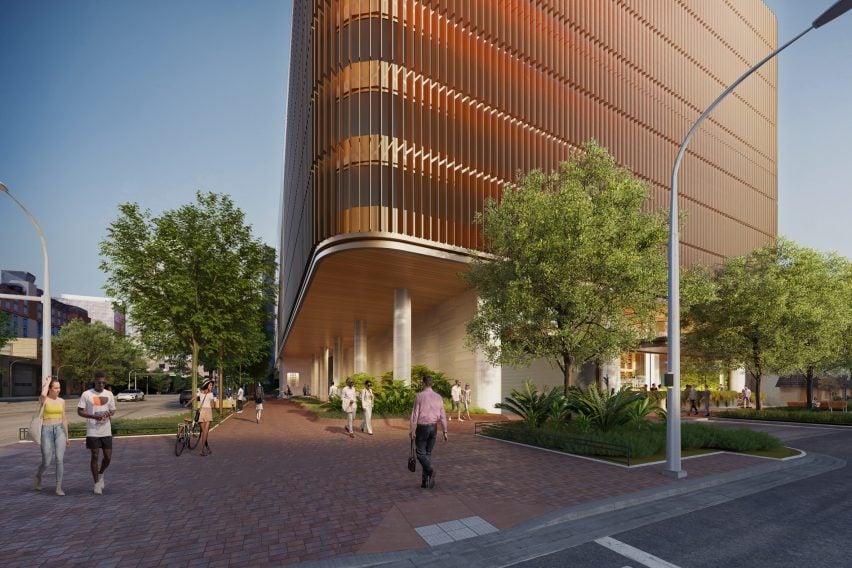 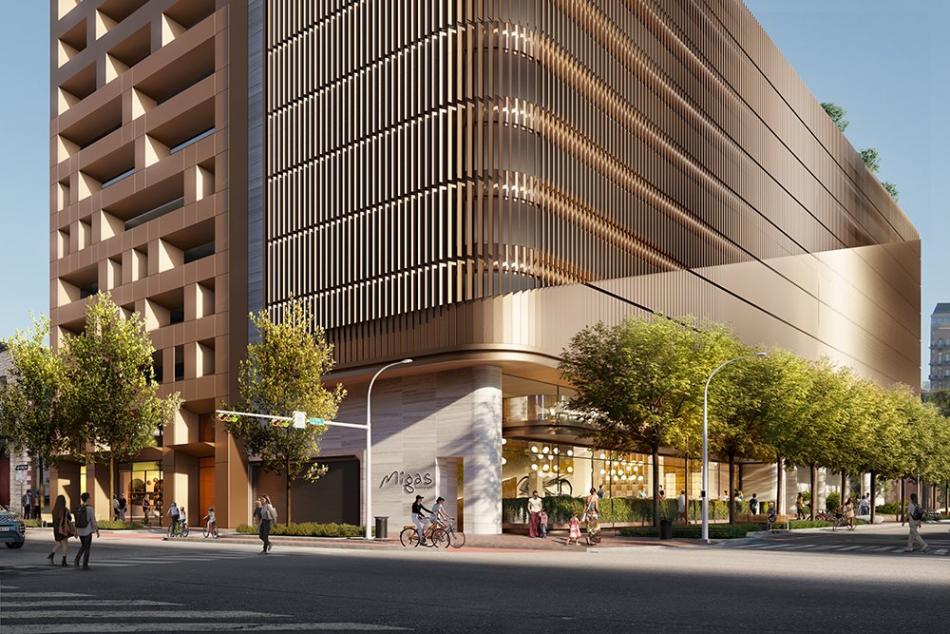 Wilson Tower will rise 80 floors at Fifth and Trinity streets in downtown Austin.Courtesy of HKS

Wilson Tower will have 450 residential units ranging from studios to 3- and 4-bedrooms, 20,000 square feet of ground-floor restaurant space, eight stories of above-ground parking, and a quarter-level of below-grade parking. Its four floors of resident amenities will include a cocktail lounge, a movie theater, a pool deck, and a pet-services floor with a grooming center and dog run. Residences will range from 471 to 3,768 square feet. The building will measure about 1.2 million square feet. Wilson Tower will have 450 residential units.Courtesy of HKS

Dallas' HKS is the architect on the project. Kimley-Horn is the civil engineer, Britt Design Group is designing the interiors, and Nudge Design is the landscape architect.

Developers expect to break ground on Wilson Tower  by summer 2023.