The skyscraper that soon be the tallest in the land — or at least in Texas — has broken ground in Downtown Austin. The tower at 98 Red River, which will rise 1,022 feet above Lady Bird Lake, has also acquired a name: Waterline.

The 74-story high-rise will be Austin's first supertall  — a category of skyscrapers taller than 984 feet. (Currently, the tallest buildings in city are the Austonian, 607 feet, and the Independent, 694 feet.) The building will have 352 luxury apartments, 700,000 square feet of offices; and the 251-room 1 Hotel Austin. The ground floor will have 24,000 square feet of retail and restaurants.

Designed by Kohn Pederson Fox, Waterline is on  3.3 acres on the east side of Waller Creek, not far from where it connects to Lady Bird Lake. The development will link Downtown's Rainey Street and Central Business districts with two new pedestrian bridges and three additional public pedestrian and bicycle access points to Waterloo Greenway and the Ann Butler Hike and Bike Trail.

The tower's base will be 30 feet above street level, supported by sculptural columns to create a two-story canopy above a public paseo and staircase to Waller Creek. The first two stories of the tower will be restaurants and retail, and it will have separate entrances for the hotel, offices, and residences.

The 1 Hotel Austin portion of Waterline, which will occupy the 13 floors above the retail and restaurants, It will have a ballroom and meeting spaces on the 14th floor and a rooftop pool on the 16th floor. The hotel will mark the Texas entry for the SH Hotel Resorts brand.

The next 27 stories will be office space, which will have a 14th-floor amenity deck 24,000 square feet of landscaped outdoor space along, a bar and lounge, indoor meeting spaces, and a prep kitchen for special events. 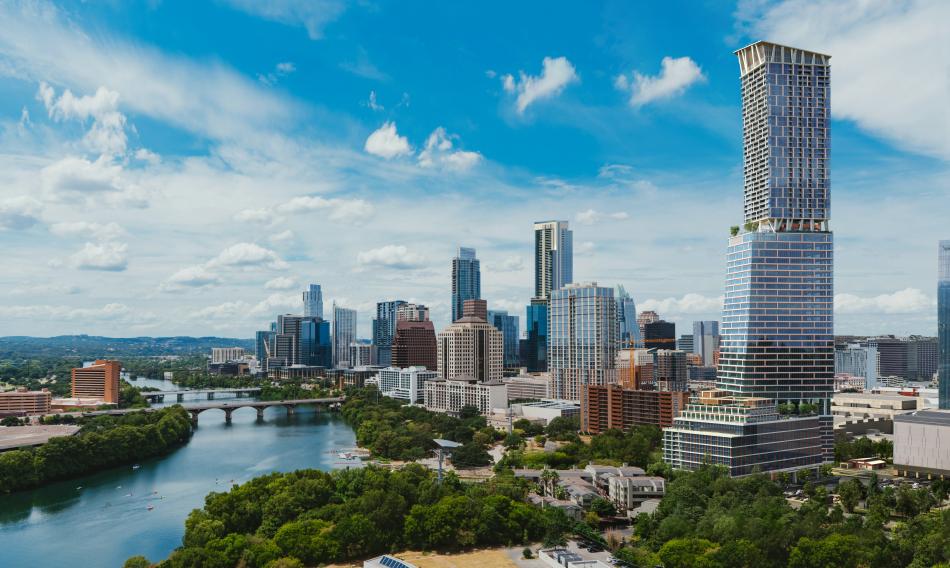 Waterline will be 1,022 feet tall.Atchain 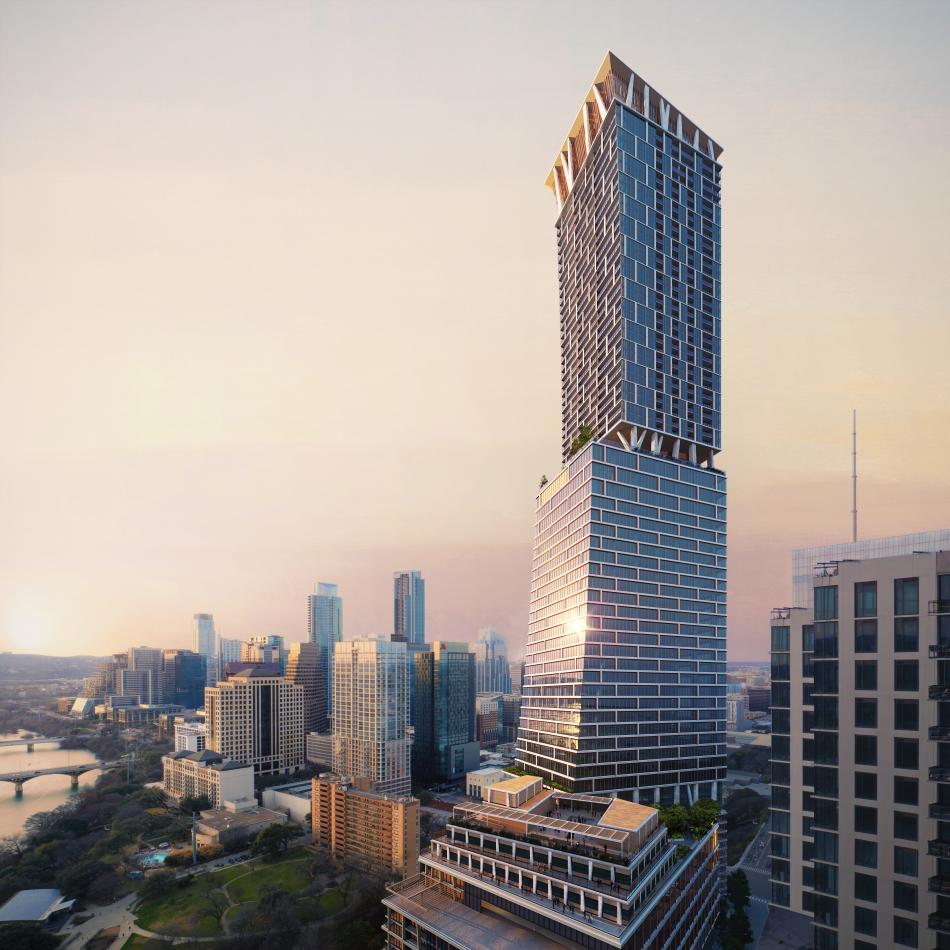 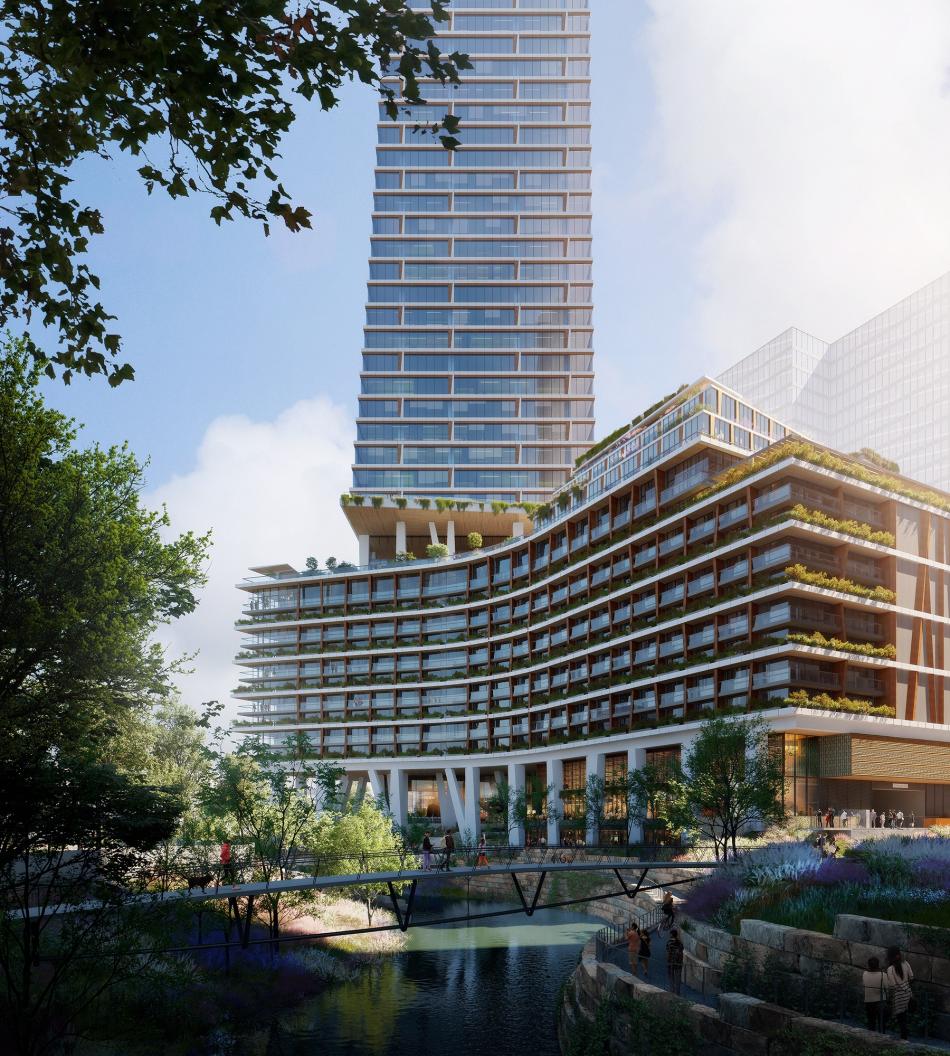 Waterline’s top stories will be residences and amenities including two pools on the 41st floor, a lounge, a bar, a kitchen, and a co-working space. Above that will be a movement studio, a workout studio, a steam room, soaking tubs, hammocks, a barbecue pit, and a communal dining area. 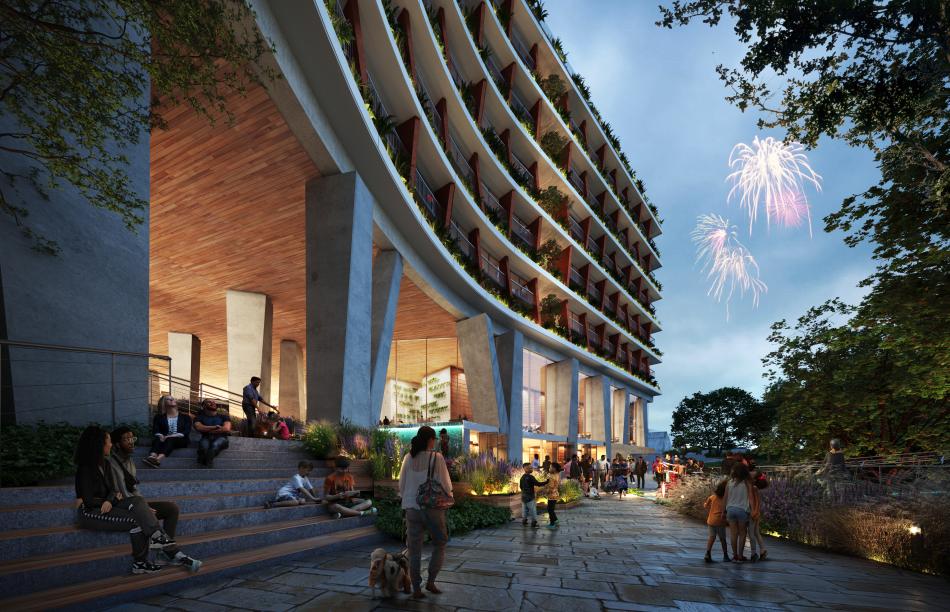 Plans for Waterline include connections to Waterloo Parkway.Atchain 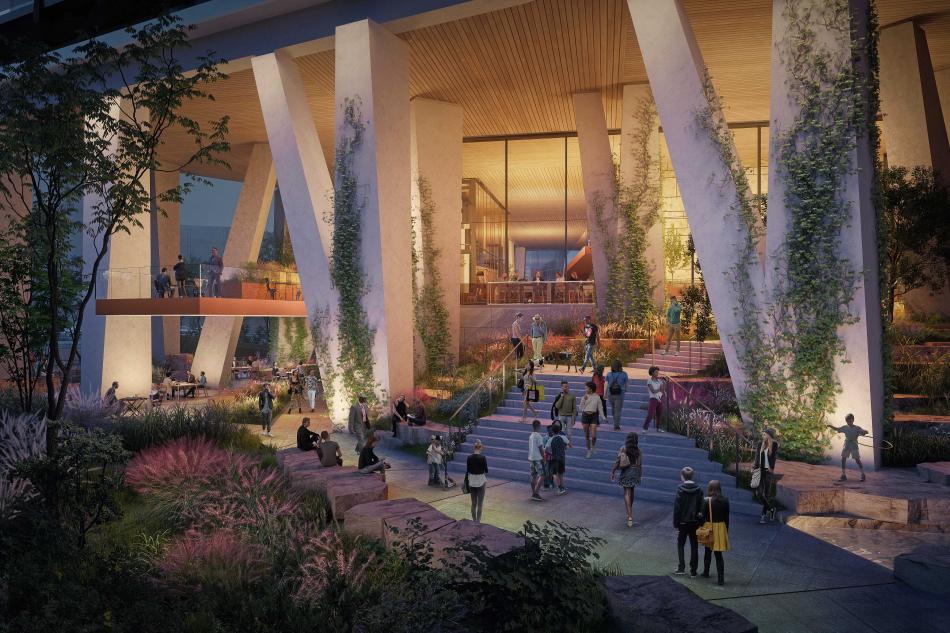 Plans for Waterline include an open-air paseo to a public gathering space along Waller Creek. WAX 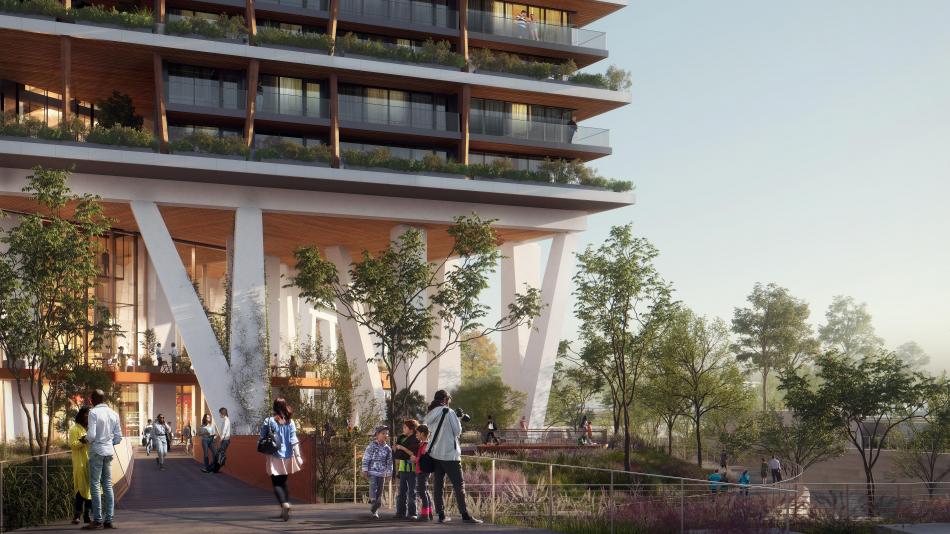 One of two new pedestrian bridges over Waller Creek that will connect to restaurant and retail space under Waterline.WAX

Dallas' HKS is the architect of record, Michael Hsu Office of Architecture is the office interior designer, Studio Mai is the hotel/residential designer, and TBG Partners and Nudge Design are the landscape architects. WGI Austin is the civil engineer, DPR is the general contractor, Brockett Davis Drake is the structural engineer, and Alvine is the MEP engineer. 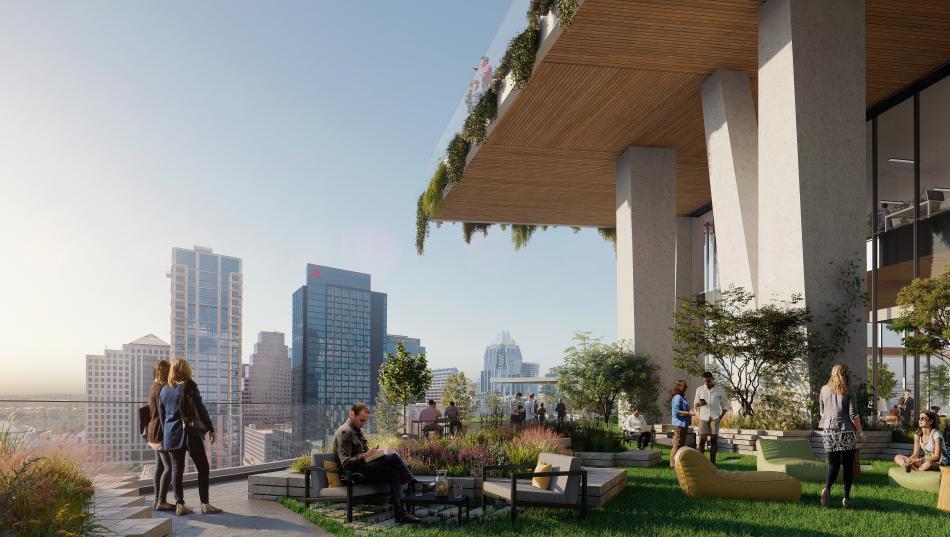 The office portion of the tower will have an 14th-floor amenity deck.WAX

Waterline joins a number of new and planned skyscrapers in the Rainey Street Historic District, including Vesper, the Modern Austin Residences, River Street Residences, and 80 Rainey. The 750-foot-tall Conrad Residences Austin and Conrad Austin hotel will be built nearby.

When completed, Waterline will be not only the tallest building in Texas; it will also be part of a trio of Austin skyscrapers taller than any of the existing ones that LPC has co-developed and broken ground on in the past three years. Sixth and Guadalupe, also co-developed with Kairoi Residential, will have 66 floors, and the Republic, a 48-story office tower adjacent to Republic Square Park, is  to open in late 2024.