A new high-rise headed to Downtown’s Rainey Street district looks to stand out in the neighborhood with its relatively generous height, public pool deck access, and the incorporation of two existing bungalows on the site into its design.

Austin-based Lincoln Ventures is set to develop the mixed-use, 49-story tower, which will bring bars, restaurants, and 644 residential rental units to the site. Currently called 80 Rainey, the building will encompass properties between 78 and 84 Rainey Street. Those lots are currently home to two of the historic district’s vintage houses that were converted to small businesses (mostly bars and restaurants) and a food-truck court.

The 80 Rainey’ project's first two floors will feature 5,000 square feet of retail with several food and beverage operations, including a 2,200-square-foot space that will serve coffee during the day and cocktails at night. In a first for the neighborhood, the public will be able to access the building’s 11th-floor pool deck and bar via an elevator inside a ground-floor retail space.

In addition, the two bungalow-style buildings on the site will be preserved and, presumably, kept open for some sort of business (renderings show a bar/restaurant in one, so that’s a pretty good bet). It’s a very conscious choice on the part of Lincoln Ventures, which is best known locally for student apartment developments such as the Ruckus buildings and Waterloo Tower, located in entertainment-intensive West Campus neighborhood adjacent to the University of Texas grounds.

"The old bungalows, locally run bars and pedestrian-friendly streets are what make Rainey Street a special and desirable destination” said Lincoln Ventures CEO David Kanne, “so it's our intent to maintain the vibrancy and unique character of this area and build upon it." Kanne also said the developers would hire Austin artists to design public pieces and will plant “oversized” trees along the building’s facade. 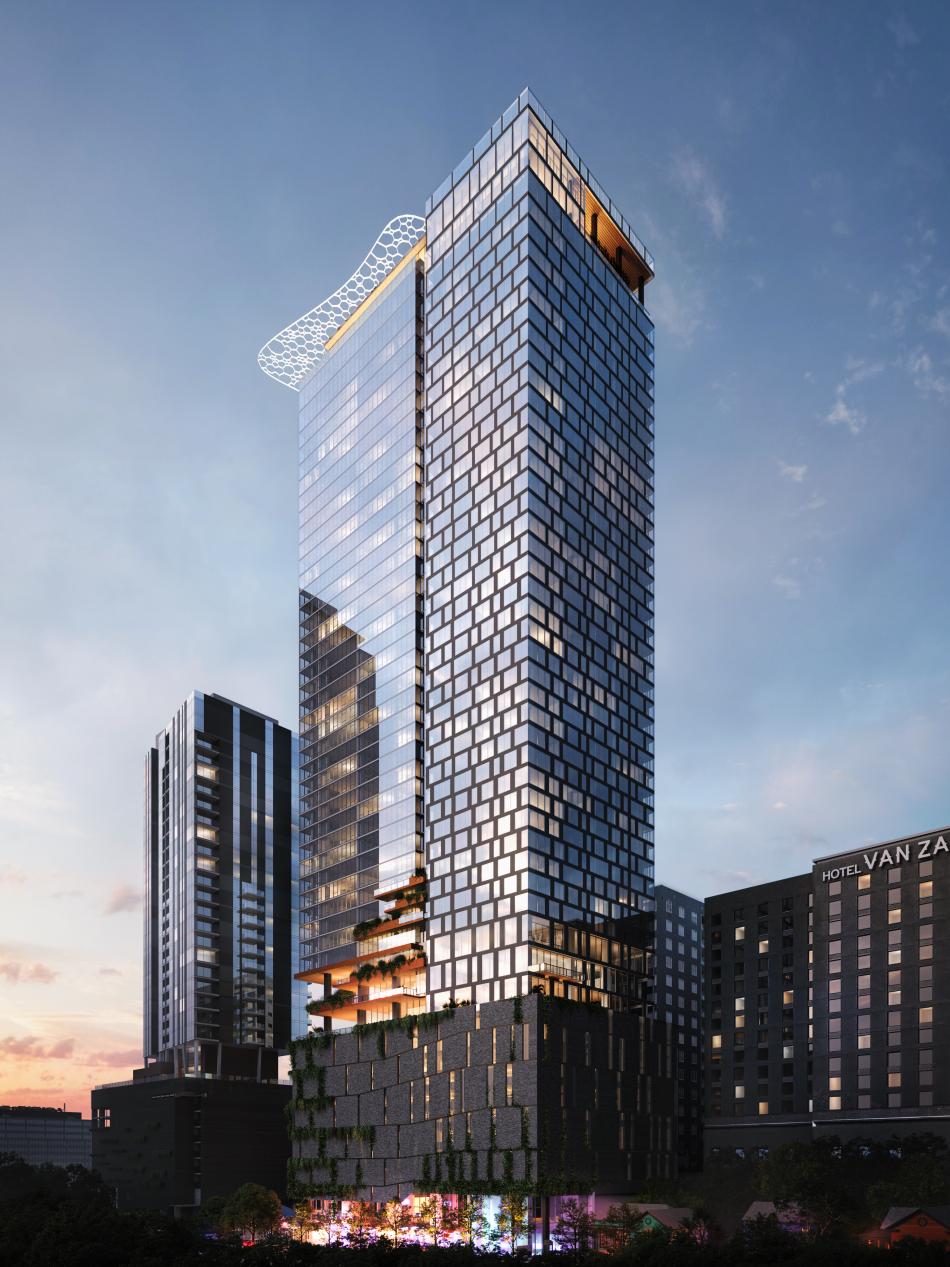 80 Rainey will tower over neighbors in the Downtown district.80 Rainey

The new Rainey building will offer studios and one-, two-, and three-bedroom apartments, with an estimated 20 units designated as affordable. It will also feature a private rooftop pool and lounge as well as amenity decks and coworking spaces on various floors below. 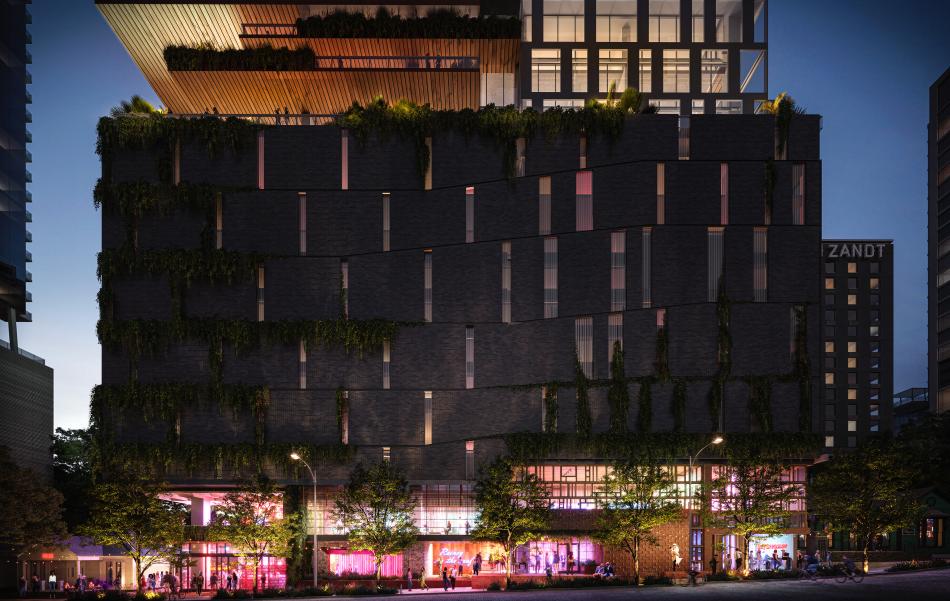 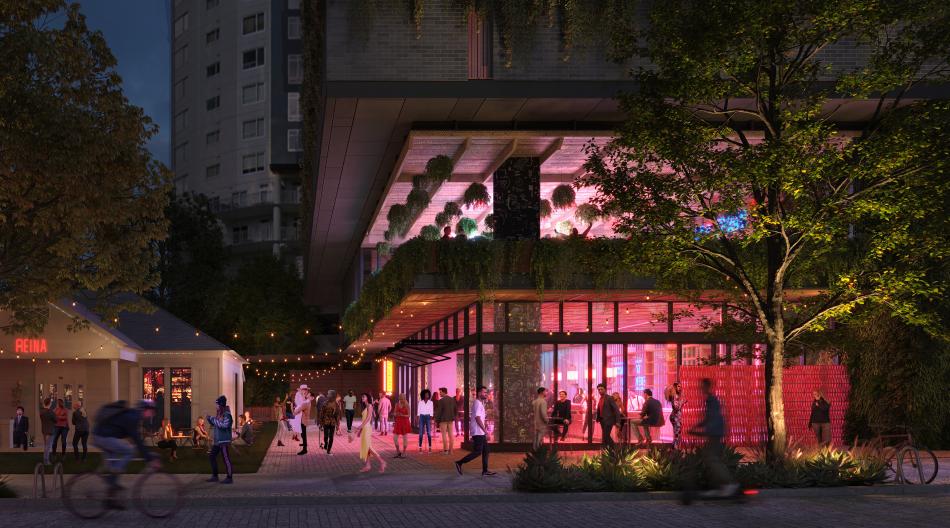 The architect on the 80 Rainey project is Chicago-based Pappageorge Haymes, with locals TBG providing landscape architecture services, and JE Dunn Construction is the general contractor. Austin firm Wuest Group is the civil engineer, Dallas-based Blum is the mechanical engineer, and Seattle-based DCI is the structural engineer. 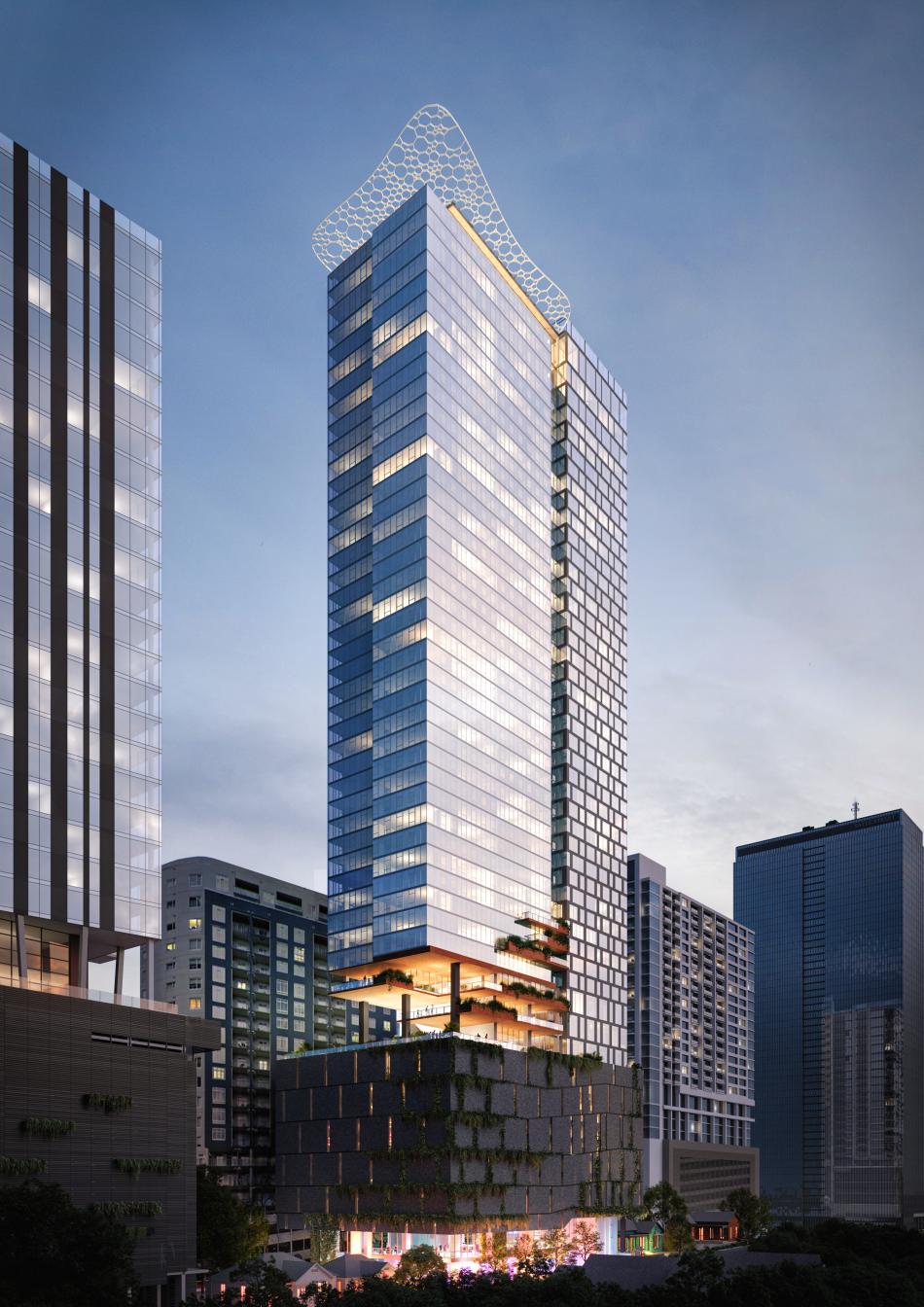 Lincoln Ventures looks to break ground on the tower in summer 2022 and gave an estimated completion date of summer 2025.