When we last met Fifth and Tillery, an East Austin building designed by Gensler for CIM, it was in the context of looking forward — checking in on some of the company's in-progress projects that emphasized sustainability. Now it's up and ready to show off its special features.

One of the most notable of those aspects is that mass-timber is used extensively in the three-story office building. Its open, green design doubles as a wellness feature — more or less de rigueur for new public buildings — with an outdoor "lobby" and shady central courtyard and balconies creating air flow and friendly social spaces. Inset fans and louvers help airflow and ventilation in the courtyard and outdoor areas. The canopy of photovoltaic panels over the plaza and roof terrace does double duty as shade and power source.

“Every decision was driven by function, aesthetics, and performance,” design director Michael Waddell said in a press statement.

The solar array on the roof of the 182,716-square-foot building almost completely offsets the building’s energy use in the summer, Waddell said. "For the building structure, we took a hybrid approach with timber and steel that not only reduced the carbon footprint, but also brought the natural beauty and warmth of wood throughout the building.”

Located at a former industrial site in the Govalle neighborhood, Fifth and Tillery was limited to the footprint of the warehouse formerly on that lot. Gensler adapted parts of the existing foundation and infrastructure as well as the site's the water retention systems in its design for the new building and grounds.

Exposed raw elements such as large, above-ground cisterns acknowledge the site's former uses, but the landscaping is a departure. "The post-industrial site was limited in landscaping, so to bring the greenery in, we carved a courtyard through the building," said Waddell. "Doing so means every space within the building has views" of the courtyard, which Gensler describes as the "central rain garden." 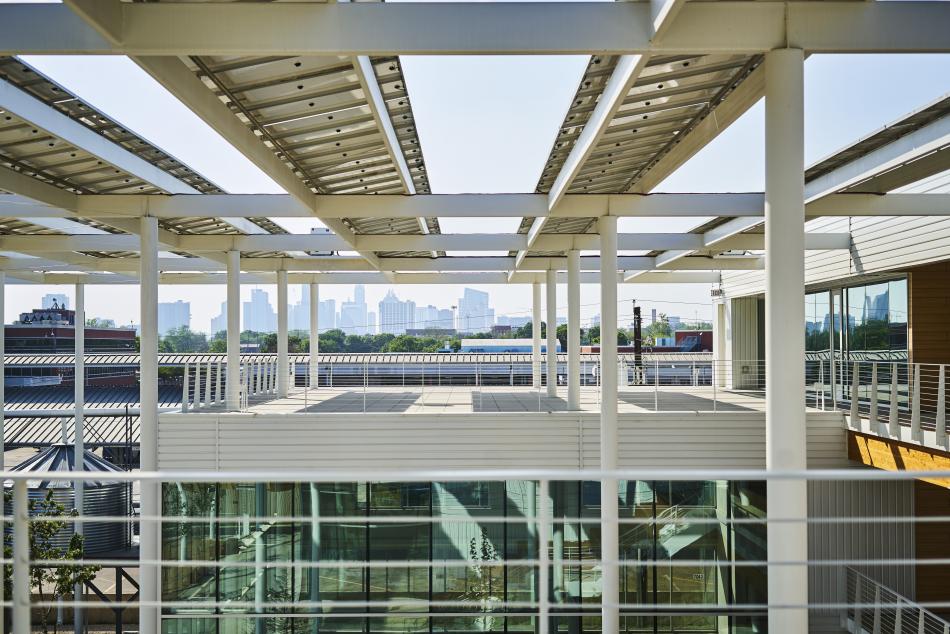 The view from Fifth and TIlleryGensler 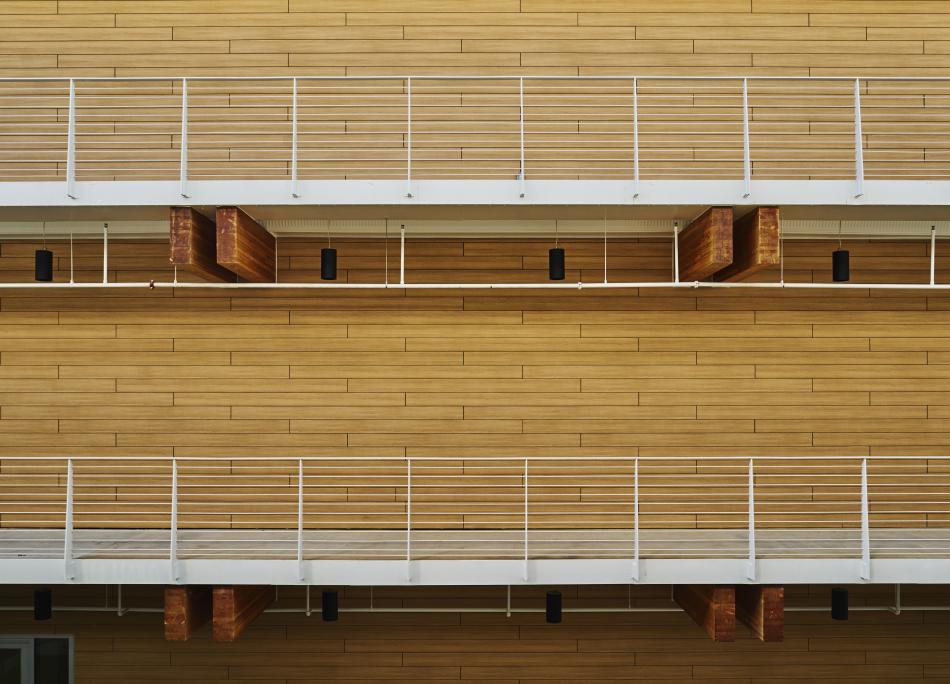 Designed to resemble the "native ravine microhabitats of Central Texas," the courtyard "also greatly improves daylighting, with each space lit from two sides" and doubles as stormwater infrastructure that reduces run-off from the site, Waddell said. An onsite water reclamation system captures roof runoff for the courtyard. 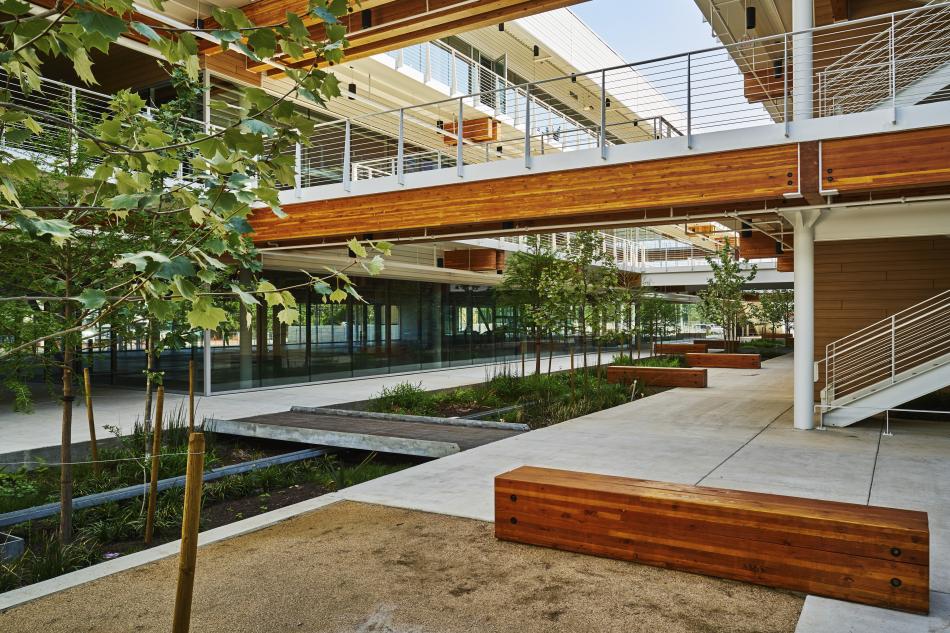 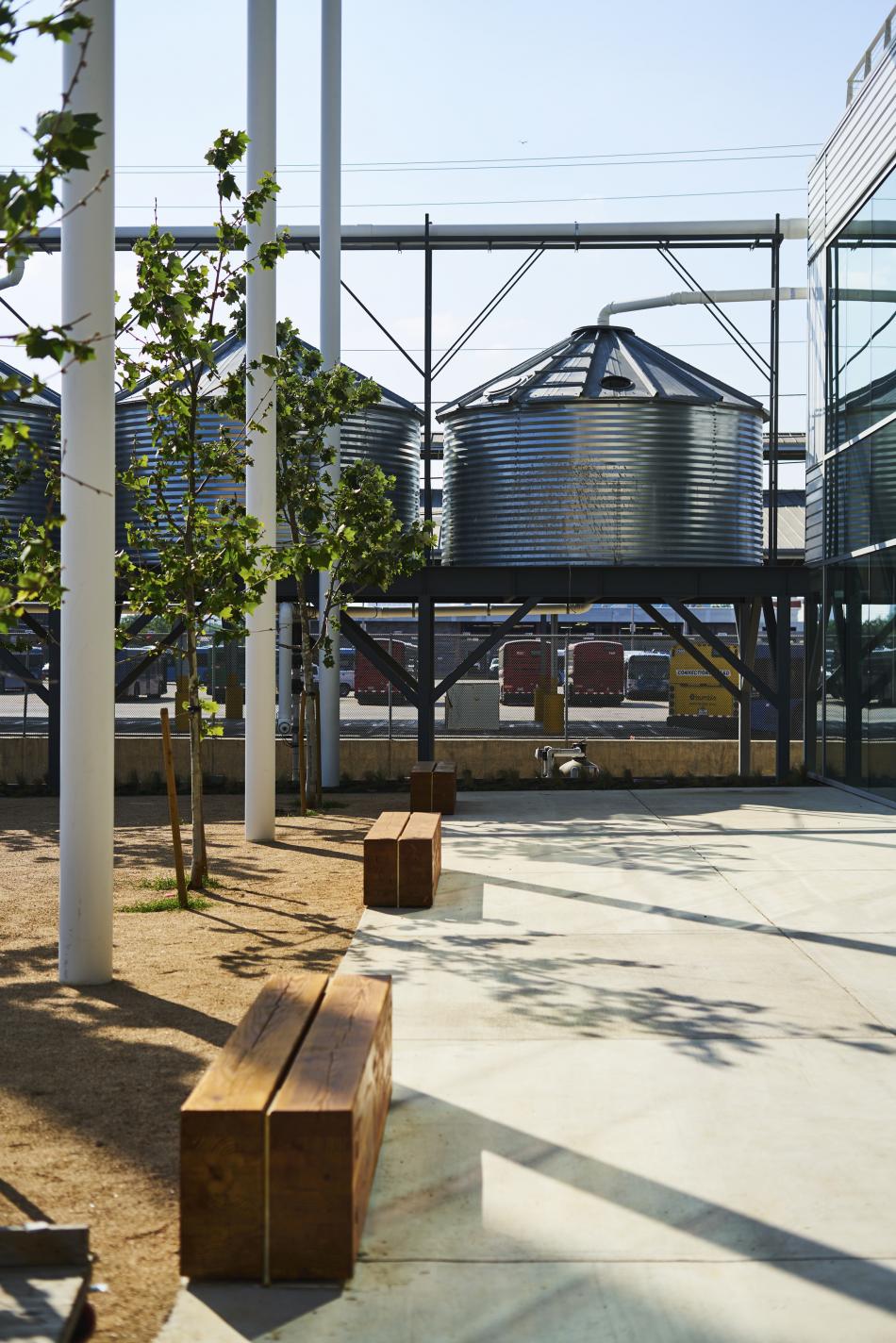 The incorporation of natural elements is also important for employees' health and wellness, according to Gensler's 2022 design forecast.

Los Angeles' CIM Group owns Fifth and Tillery, which was developed by 3423 Holdings, a limited liability company with an Austin mailing address. The general contractor was R.M. Chiapas. Arete was the MEP engineer., MJ Structures was the structural engineer, and Lloyd Engineering was the electrical engineer. The landscaping was designed by Austin-based Campbell Landscape Architecture.