Waterloo Tower, the tallest new student-housing hive on the scene, is open and ready to rock. The building was delivered ahead of schedule and is already fully leased, according to a press release from Austin multifamily and student housing developer LV Collective.

The 30-story high-rise is at 2400 Seton Avenue in the West Campus neighborhood a few blocks from the University of Texas at Austin. It has a total area of 229,728 square feet, 241 units, and 796 beds. It's also 100 percent preleased, and students are already moving in.

Already in one of the densest neighborhoods in Central Housing, Waterloo Tower The first of its height in West Campus, the 300-foot Waterloo Tower was the beneficiary of a 2019 density bonus amendment made to the University Neighborhood Overlay — the city-sanctioned plan for the area.

Density bonuses allow developers to build more units than are allowed by a site’s base zoning in exchange for setting aside units for income-restricted affordable housing as it's defined by the city’s SMART Housing programs.

Builders broke ground on Waterloo Tower in 2020, shortly after the start of the pandemic. It nevertheless was finished ahead of schedule, according to LV.

In addition to student-focused housing, the building features lobby cafe Daydreamer Coffee and a rooftop pool and hot tub with  views of downtown Austin, the Hill Country, and the UT campus.

LV Collective's other developments in the area are similar to Waterloo Tower and include high-rises the Ruckus, the Ruckus 2.0 , and the Moontower. 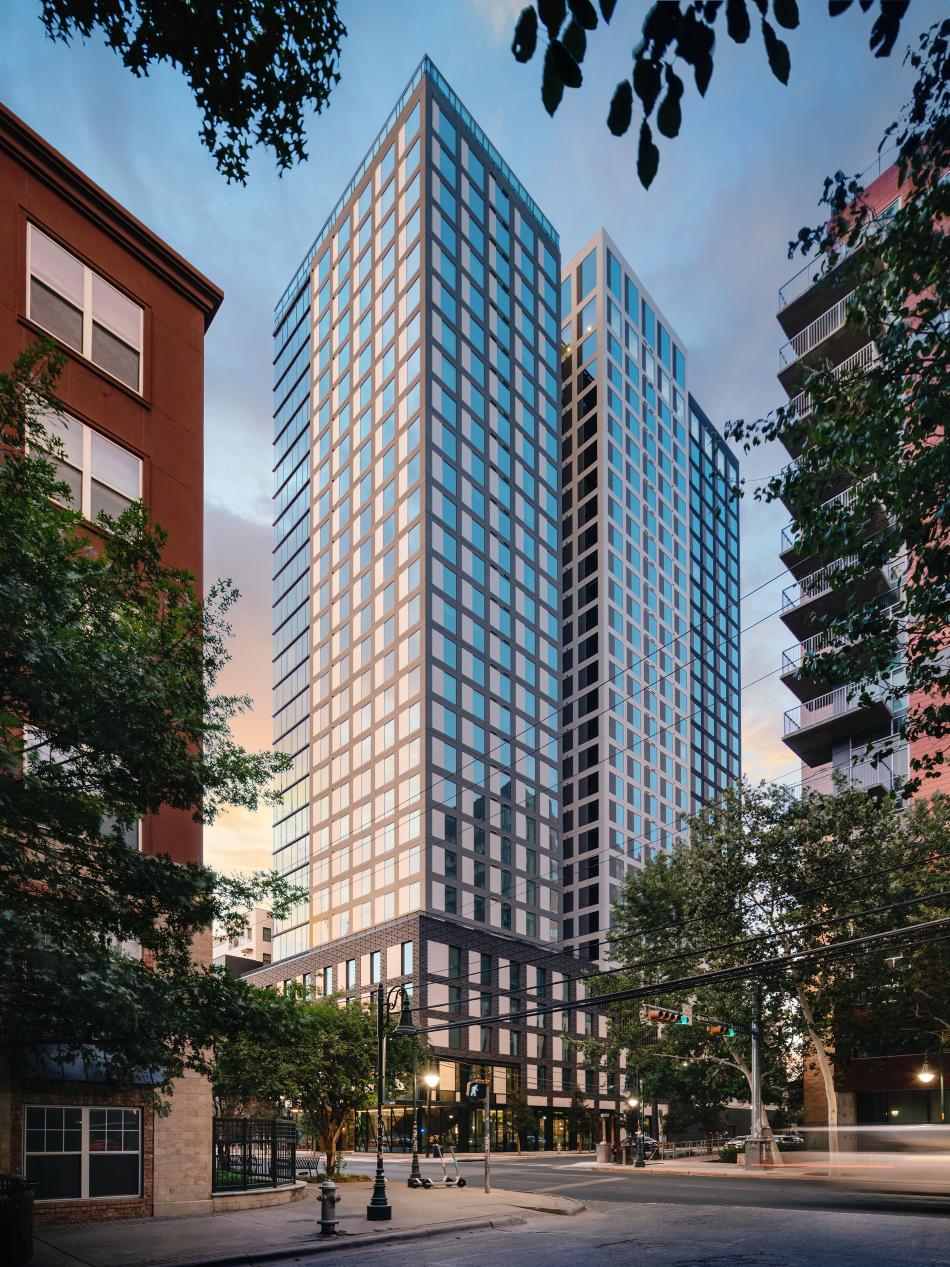 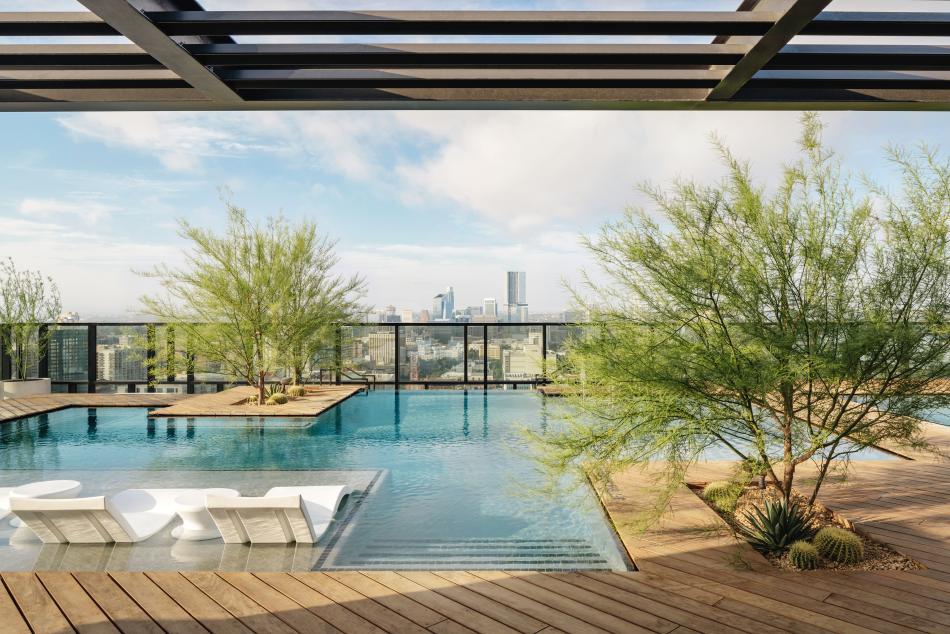 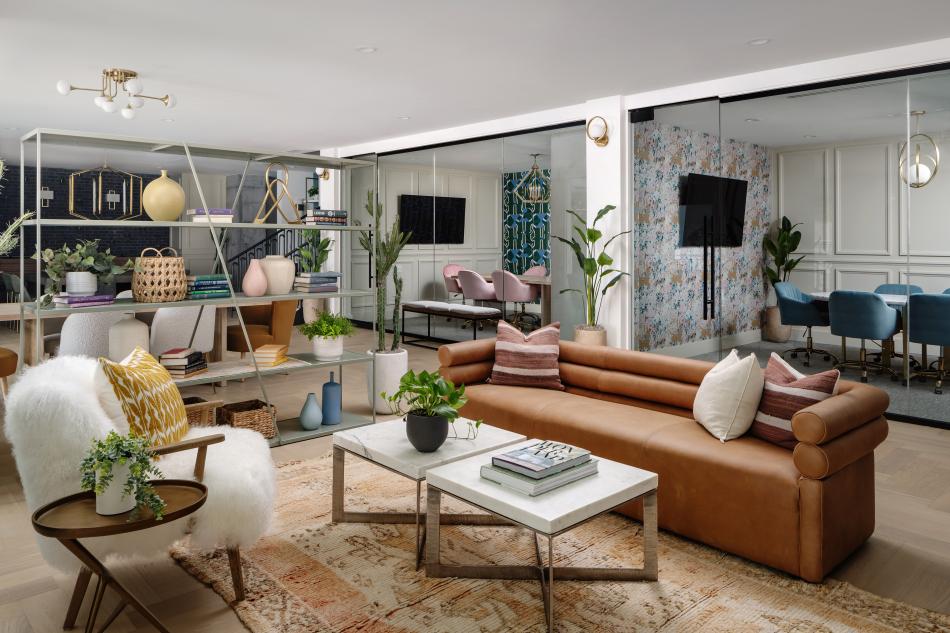 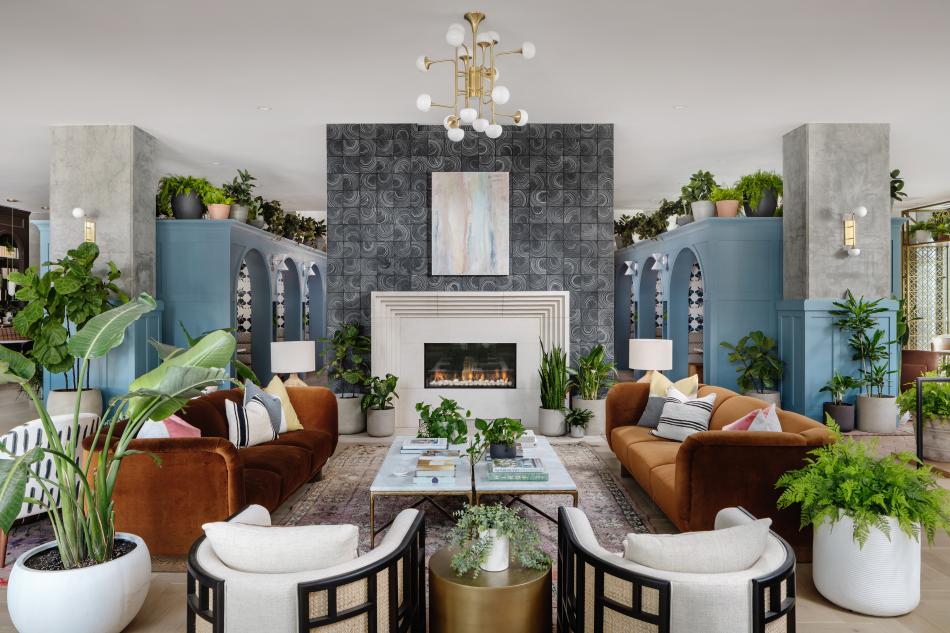 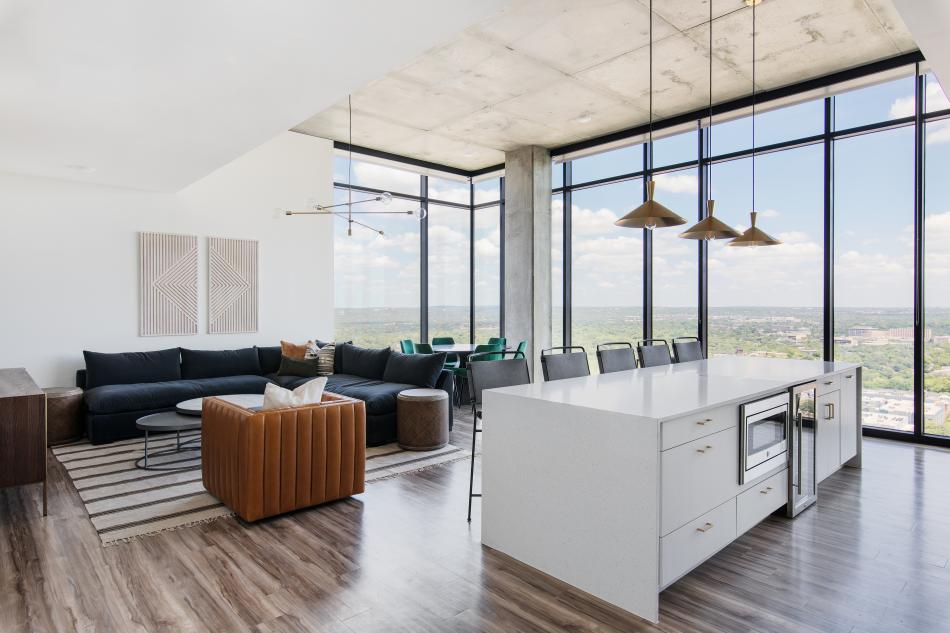 A suite at Waterloo TowerLV Collective 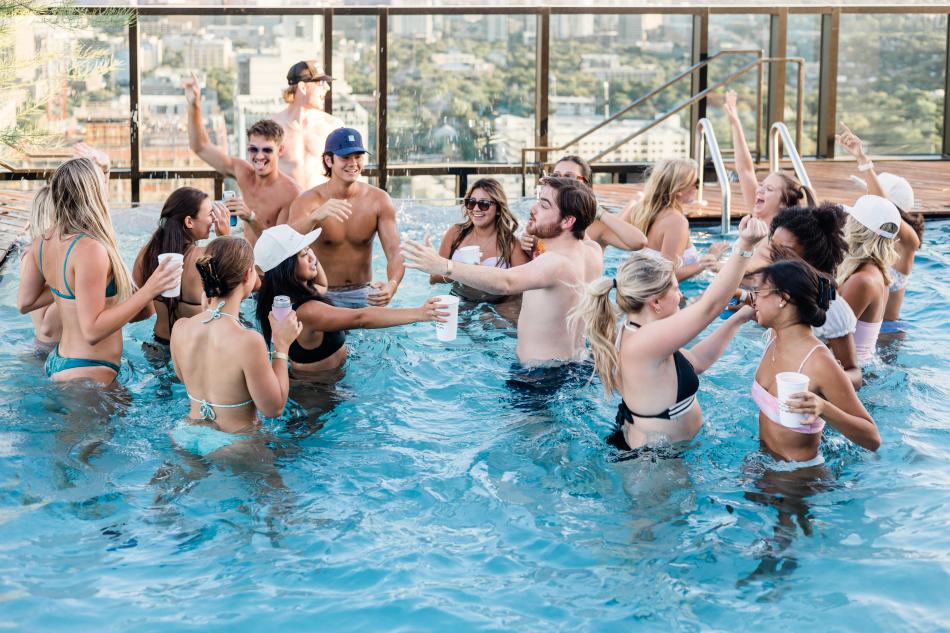 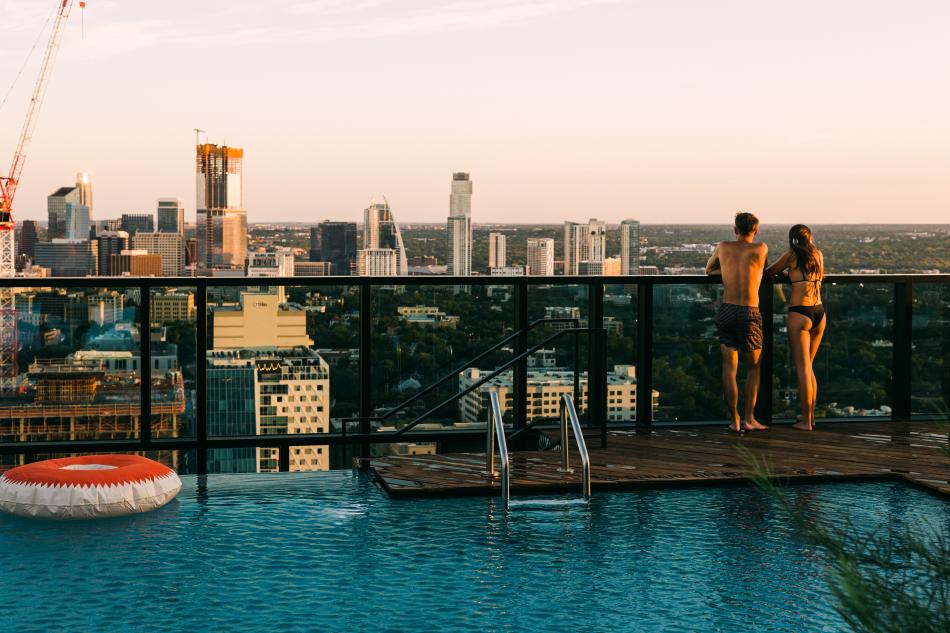 View from the rooftop pool at Waterloo TowerLV Collective

JE Dunn was the general contractor on Waterloo Tower. Boka Powell was the architect, TBG Partners was the landscape architect, and Chelsea Kloss was the interior designer. DCI was the structural engineer, and Atlanta's Quest Group was the civil engineer.