One of Austin's more distinctive new towers is finished. Or, perhaps more accurately, the architects of 405 Colorado celebrated its "substantial completion" last month, according to a press release.

While we're not sure what "substantial" means in that context—maybe something to do with a certificate of occupancy or some technical sign-off/ribbon-cuting? but we're just guessing. At any rate, it's more or less done and ready to draw more complaints and praise from the Austin citizenry.

Designed by Durham, N.C.-based Duda/Paine Architects and built on a former surface parking lot, the building at its namesake address cuts a striking figure on the downtown landscape. A double-height, glass-walled lobby and retail space occupy the street level of the 25-story office building. Above that is a 13-floor parking podium, clad in reddish-brown metal panels meant to reference the warehouse district/street that sort of still exists around it. Above that is a sky lounge and 206,000 square feet of office space, clad in reflective blue glass.

“The concept for 405 Colorado Tower was derived from the idea of treating the building as a sculpted art form,” said Turan Duda, FAIA, founding principal of Duda/Paine. “Most office towers that sit on a parking structure try to blend the form of the office and garage levels. This project takes a decidedly different approach with its crystalline crown.” Duda/Paine also designed Frost Bank Tower, arguably the first iconic Austin skyscraper of the 21st century. 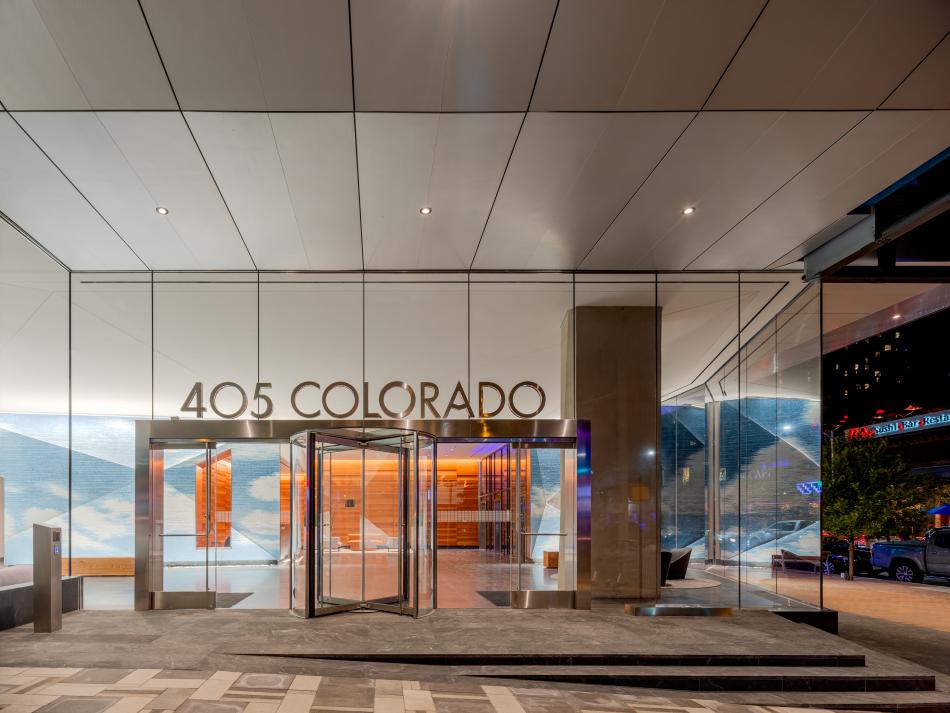 The front entrance of the new Downtown tower405 Colorado 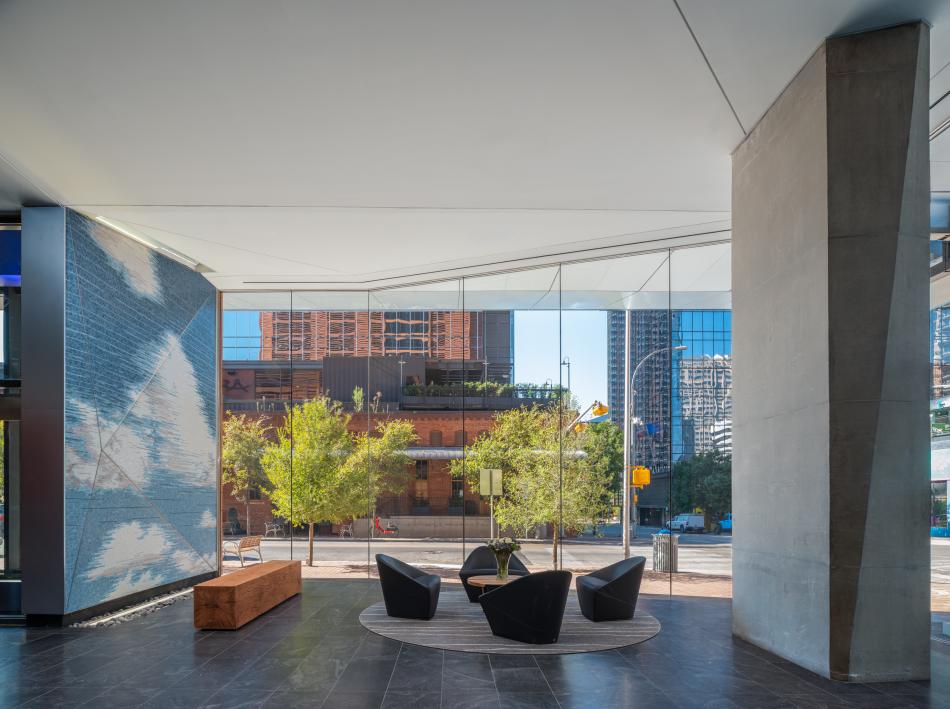 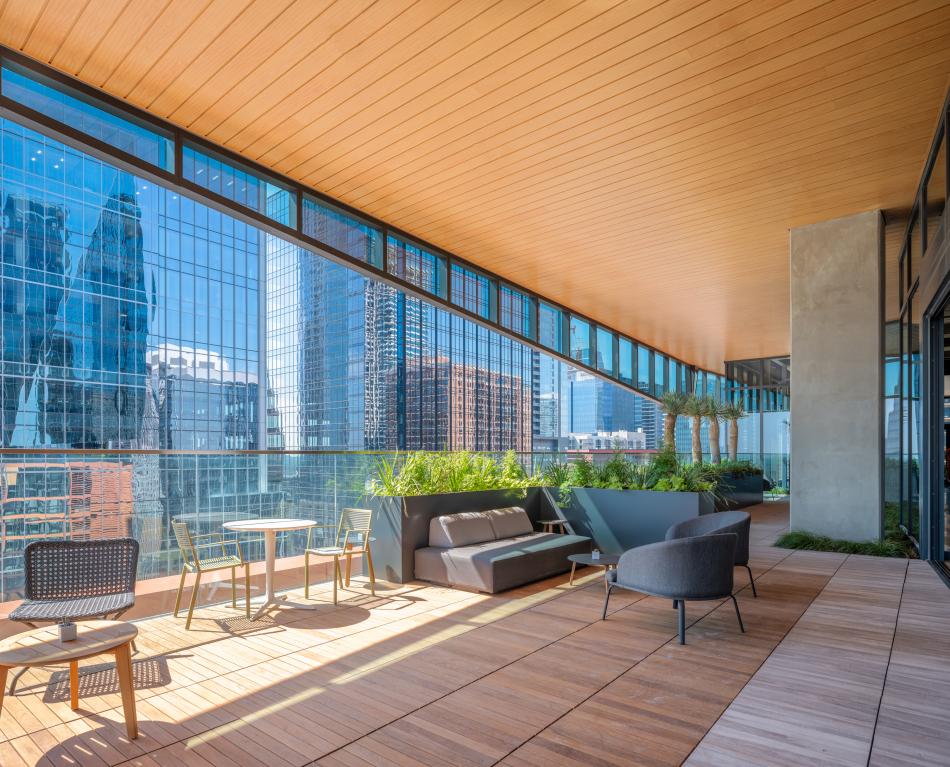 Brandywine Realty Trust developed 405 Colorado. The interiors were designed by Austin's STG Design, and landscape design was by Coleman and Associates. JE Dunn Construction was the general contractor and Stantec was the engineer. CBRE is handling leasing.