A plan to redevelop the 37-acre Brodie Oaks Shopping Center site that a year ago  seemed to be "sailing through the city planning process" (ha) got a necessary Parks and Rec thumbs-up last week.

The Austin Parks and Recreation Department board voted to recommend the Brodie Oaks planned unit development as superior to the City Council — though retaining that rating will require requires developers to comply with the four board directives, laid out in the adopted proposal:

The proposed Brodie Oaks PUD on South Lamar would be the site of a $1 billion, mixed-use development that includes 1,700 residential units and significant amounts of green space (especially compared to the Toys 'R Us and acres of surface parking it would replace). Plans show taller buildings, rather than parking, would be concentrated toward the front of the property at the intersection of state Highway 290 and Loop 360.

The development would include 12 acres of green space in three linked but distinct areas, including one that connects to the Barton Creek Greenbelt. The site is on Barton Creek Watershed, a recharge area for the Edwards Aquifer. There will be about 8 acres of parkland, or 20 percent of the total site, when allowances for stormwater infrastructure are deducted. The developer will pay an estimated $4 million fee-in-lieu to meet the rest of the city's parkland requirement. 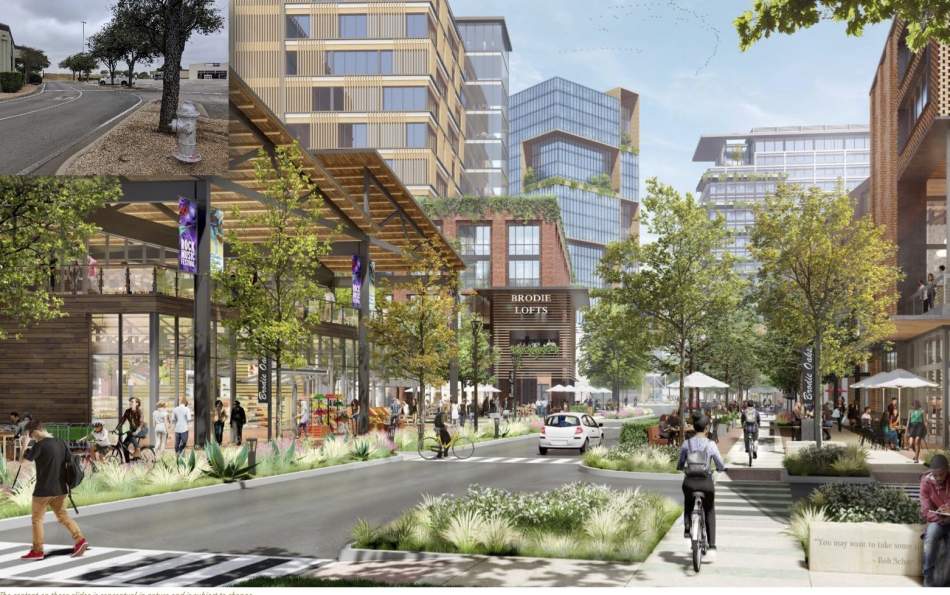 The Brodie Oaks PUD is planned to reduce impervious cover at the site from its current 84 percent to 54 percent. 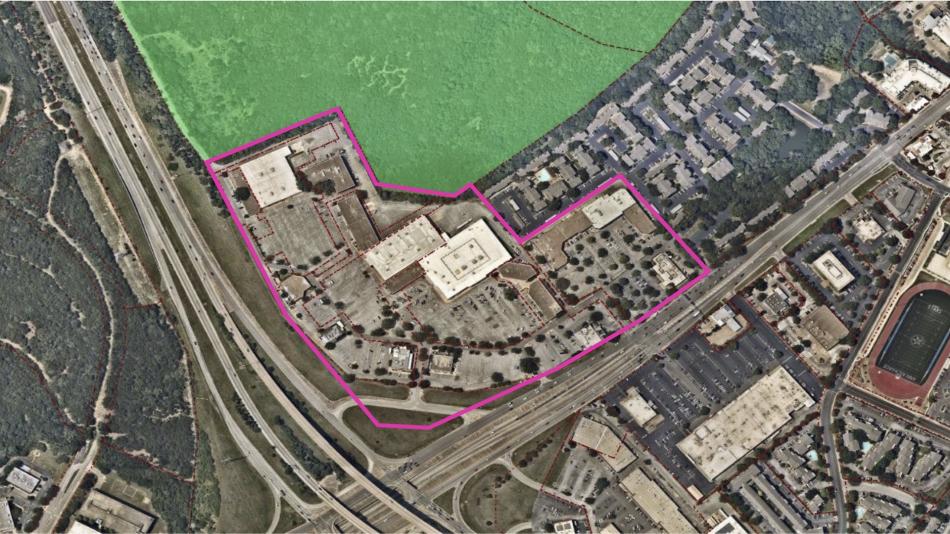 According to a staff presentation at the meeting, the developer will also pay a parkland development fee that will exceed the required fees at the time residences and hotels are permitted by $700 per unit, and the applicant will be responsible for park development and maintenance. 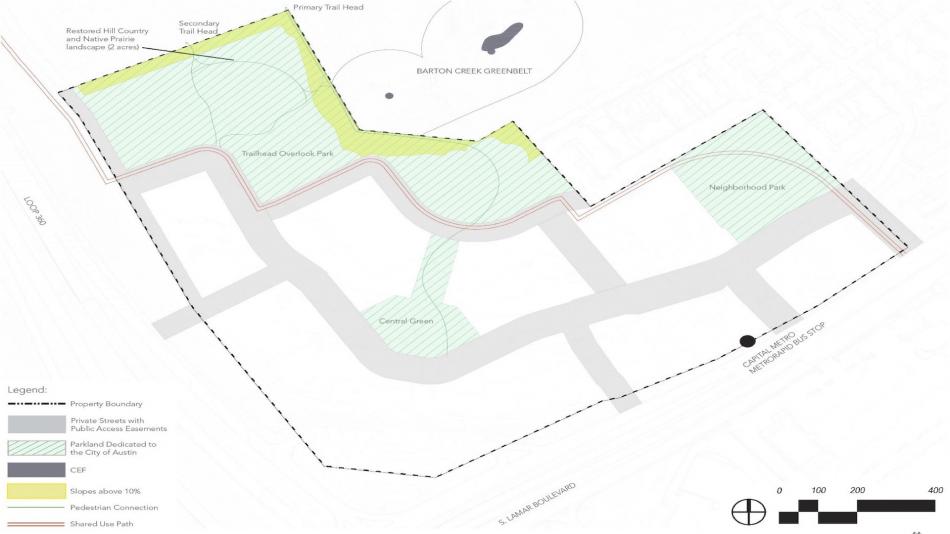