Austin developer Cielo is looking at a summer groundbreaking for its new office building, which will rise 46 stories Downtown. The high-rise is named the Perennial, a reference to the abundance of plant life in its 100,000 square feet of landscaped space, and promises wellness-focused design.

The 750,000-square-foot tower will take up the stretch of Fourth Street between Brazos Street and San Jacinto Boulevard.  It will feature 37,000 square feet of retail on the first three floors.

Perennial’s outdoor space will include a ground-floor public paseo with a 28-foot waterfall spilling into a sunken garden and 30,000-square-foot sky garden where tenants can take in 360-degree views while perched 200 feet above downtown. There will also be a large gathering space along with private meetings rooms, a walking trail, and concierge, food, and beverage services. There will be 1,200-to-4,500 square-foot balconies on every office floor. Plans also show an 18-story parking podium.

Perennial will be a departure from the “‘glass fortress’ aesthetic that has come to define the downtown Austin skyline,” said Cielo cofounder and managing partner Bobby Dillard in a press release. It’s one of two skyscrapers Cielo plans for the block (it owns both properties). Plans for the second one are still in the works, but Cielo says it’s likely to develop a residential hotel and retail high-rise in the space next to Perennial. That lot can accommodate a tower with 886,200-square-foot tower.

Perkins and Will is the building architect, while Michael Hsu Office of Architecture will handle interior design and ground architecture. JE Dunn is the general contractor, and Garza EMC is the civil engineer. Aquila is handling leasing. 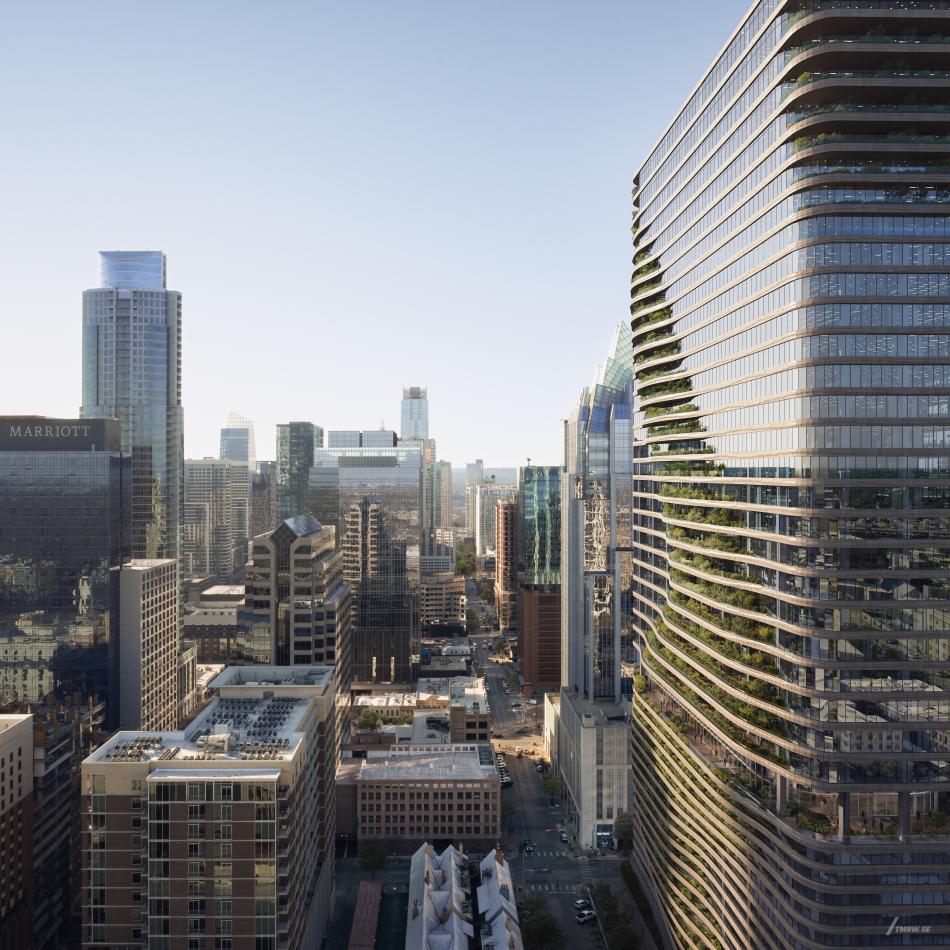 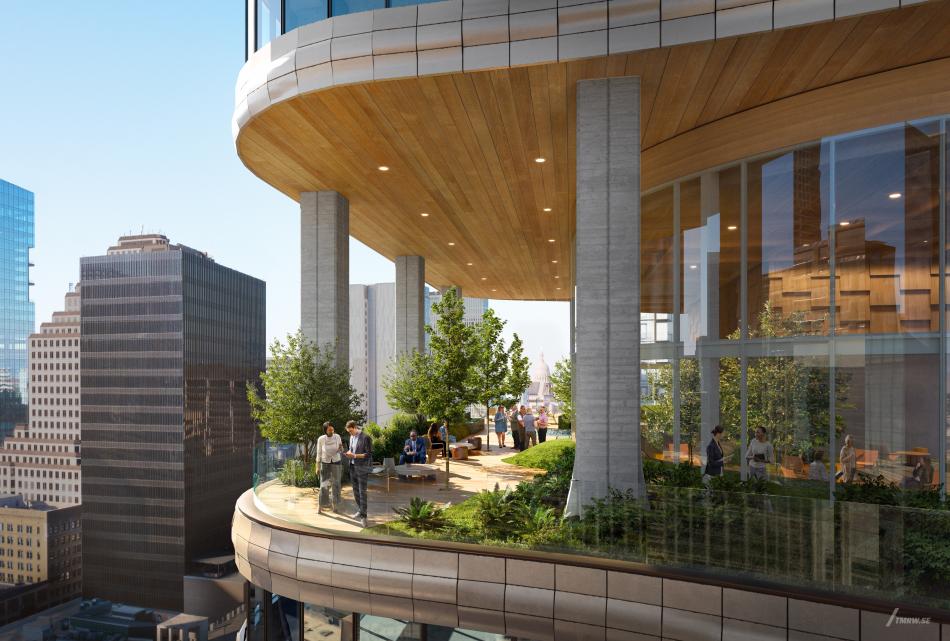 Balcony at the Perennial in AustinTMRW.SE

Cielo developed the Third and Shoal building,  Foundry II  in East Austin, the Yeti building on South Congress, and, in partnership with Icon Build, the first permitted 3D-printed home in the United States, in East Cesar Chavez. 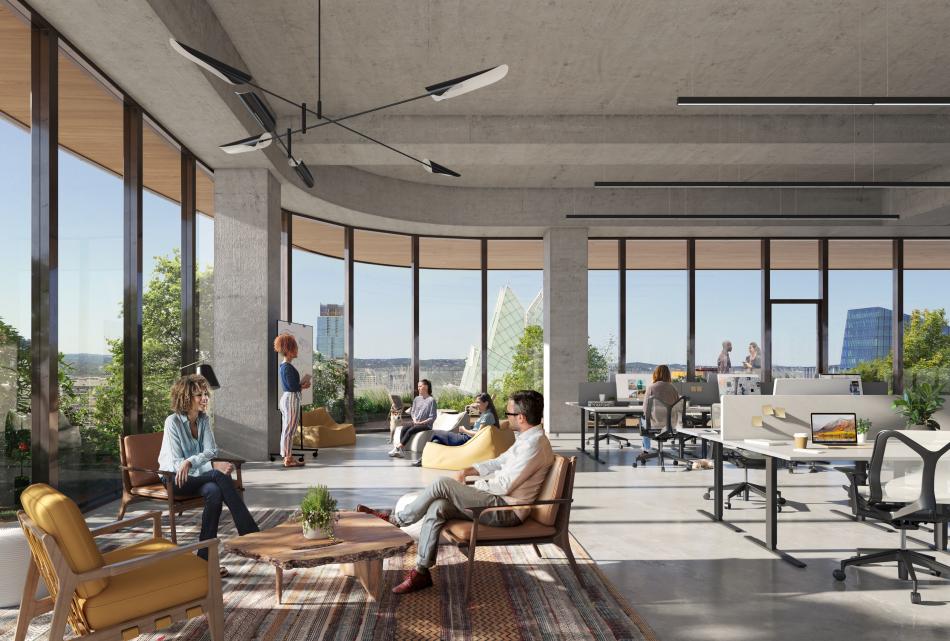 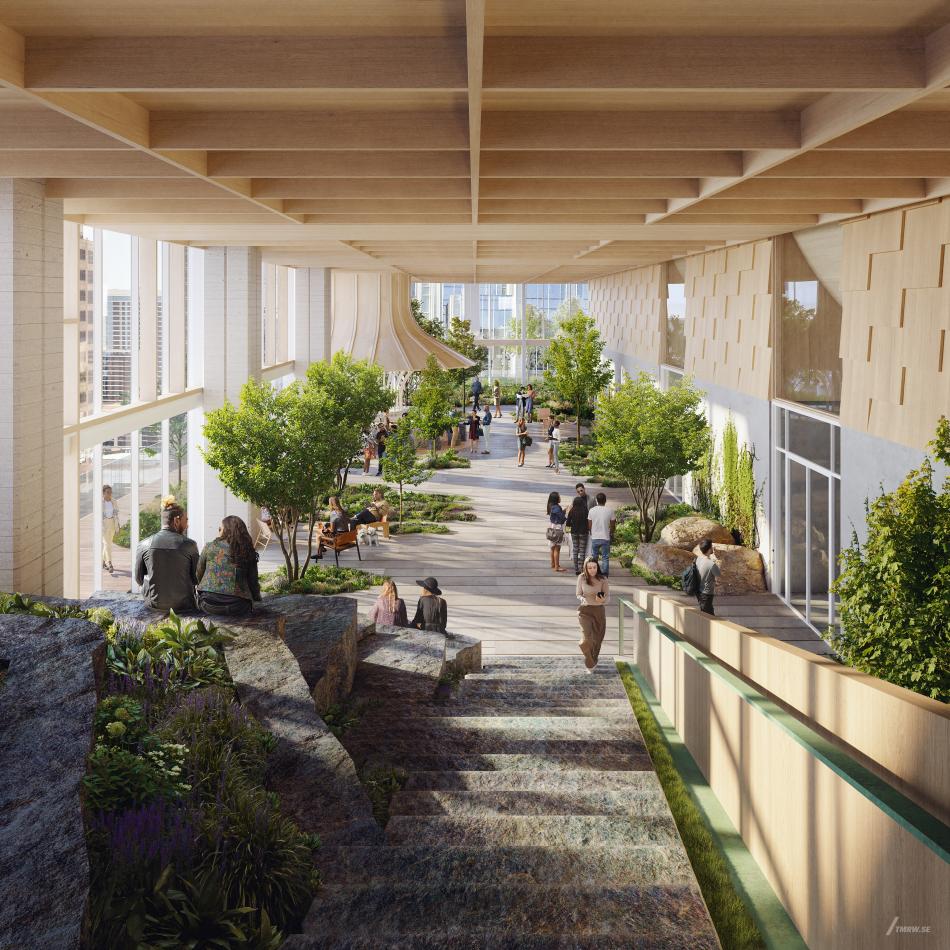 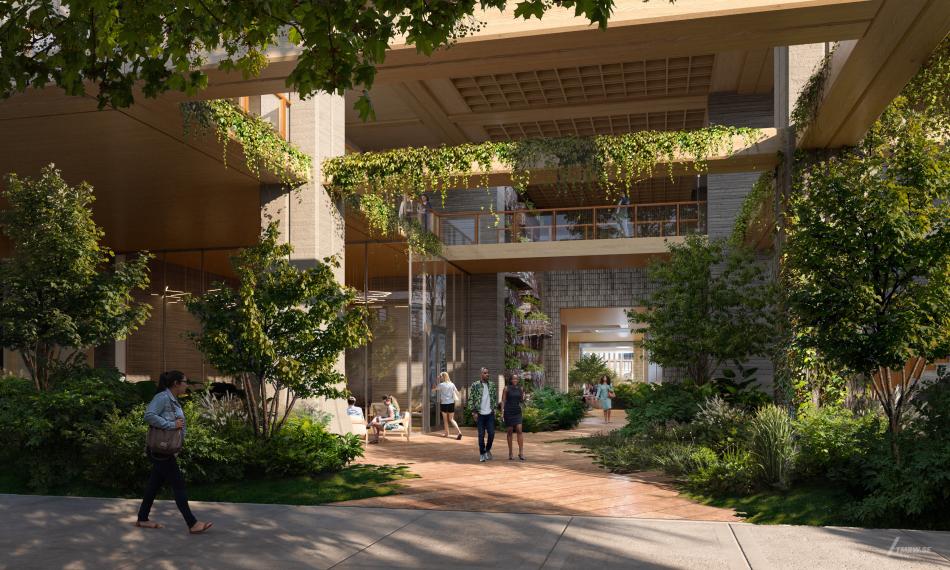 Cielo expects a 2025 completion date for the Perennial.