A plan to replace a well-known East Austin events space with offices and retail space moved forward at last week’s Austin City Council meeting. On Thursday, the council approved on third and final reading a rezoning request for several lots bordered by Waller, East Fifth, and East Sixth streets, bumping up the allowable building height on the property from 60 feet to 85 feet.

The spot is the current location of Fair Market, a popular events space in a repurposed warehouse that formerly housed TOPS (a weirdly beloved place in its own right that especially nostalgic Austinites might remember scouring for secondhand midcentury industrial furniture or gently used office supplies).

Comprising the addresses 1100, 1108, and 1110 East Street and 502 and 504 Waller Street, the property is five blocks from the Plaza Saltillo Capital Metrorail station, an area that has seen a flurry of both long-planned and slightly more spontaneous development in the past few years. It is regulated by both the Plaza Saltillo transit oriented development and East Cesar Chavez neighborhood plans, which set base zoning building height at 60 feet. The council action means structures up to 85 feet tall can now be built on that property.

Represented by Armbrust and Brown lawyer Richard Suttle, the applicant looks to build a five-story office building with ground-floor retail on the site with no housing in the mix. The approved height request is considered a density bonus—and thus warrants the inclusion of an affordable housing component in some form—but under the city’s program, the developer will be able to pay a fee in lieu of including units onsite. 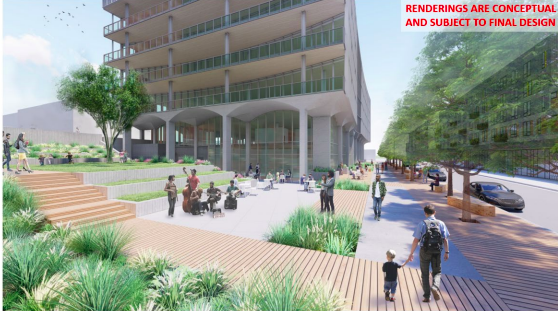 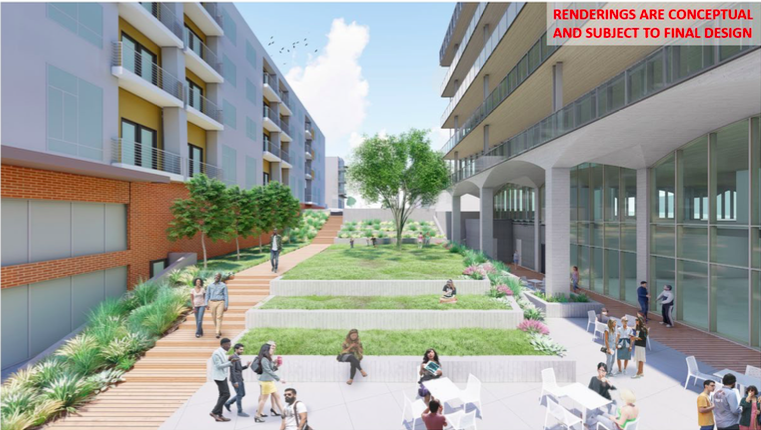 The height variance and plans for the lot received both support and objection from neighbors and others who wrote in or spoke at city meetings. Objections were varied and included a general desire not to live close to very tall buildings and objection to the continued practice of “spot zoning” in areas that already have recently updated neighborhood and district plans, but most had to do with the lack of housing in the planned project. 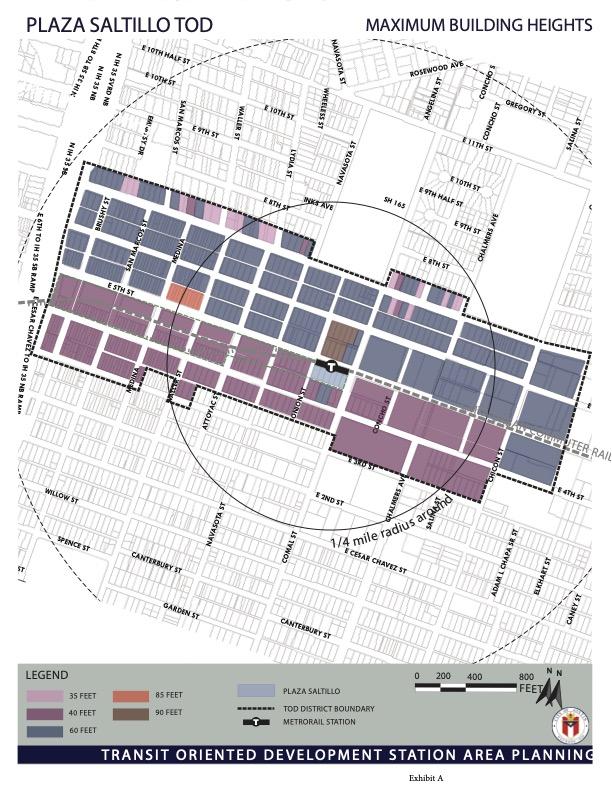 On behalf of the East Cesar Chavez Neighborhood Contact Team, chair Kristen Heaney wrote and spoke in opposition to the variance at several city meetings, noting that “City Council unanimously agreed [in 2017] that we should not give away height and density without taking a look at whether or not we can use those as tools for driving increased affordability, and permanent affordability,” that the developer has not stated a “compelling reason to not provide housing on-site” as required for the Saltillo TOD density bonus, and that the estimated fee-in-lieu of $1 million is not high enough to compensate for the lack of housing in the project.

The rezoning was included on the council’s consent agenda and was approved by a 10-0 vote.