An unassuming mixed-use commercial property in East Austin has been expanded, updated and rebranded. Remarkably, it’s still recognizable as a center of small, neighborhood-scaled businesses.

Arc Capital Partners, a company that targets urban mixed-use neighborhoods and operates primarily in California and Texas, bought its first parcels of the property in late 2019. California’s Belay Investment Group partnered with Arc to invest in property upgrades and the management of mostly local commercial tenants.

The companies also incorporated a 8,500 office building and surface parking adjacent to the complex into the redevelopment, along with upgrading interiors and facades for the whole affair. The rebranding marks the culmination of that process.

The redevelopment involved the requisite pandemic-conscious wellness updates as well. The office suites, which measure 1,000-4,000 square feet, have open-air spaces with direct access from the offices. They’re also convenient to the retailers, restaurants, and bars in Holly Commons, which currently include Juniper, Blue Owl Brewing, and Shed Barber. Diligent Robotics and Favor are also tenants.

The renovation was by Austin’s Sanders Architecture, which has demonstrated its wide range with a variety of Austin projects, including providing services on Downtown’s Block 21 (home of the W Hotel and Moody Theater). The company also designed spaces as varied as Uncle Nicky’s cafe in Hyde Park and Camp Young Judaea Experiential Learning Center, a sustainably designed complex in Wimberley.

The Holly Commons redesign takes to heart the developers’ goals of fitting into the neighborhood while investing in it. They were inspired by the building's existing mosaic of legendary Texas bluesman Roosevelt Thomas "Grey Ghost" Williams, a community art project that had been helmed by Austin-based artist J Muzacz and Mosaic Workshop. The developers consulted Muzacz, who collaborated with LA-based artist Levi Ponce on the subjects and locations of two new murals for Holly Commons. One is a mural is of Gina Chavez, an Austin-based musical artist whose portrait Ponce grounded in her Latina identity. The other, by Mosaic Workshop, is of free-internet pioneer Ana Sisnett, who was known locally as "Technomama." Arc also commissioned artwork by Austin artist Uloang for Holly Commons tenant Paz Vet. 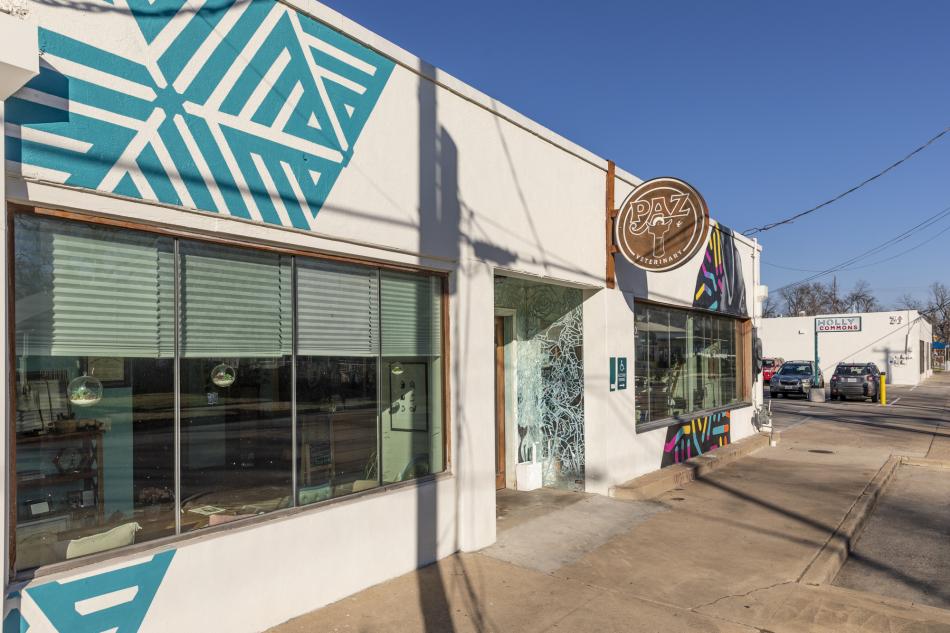 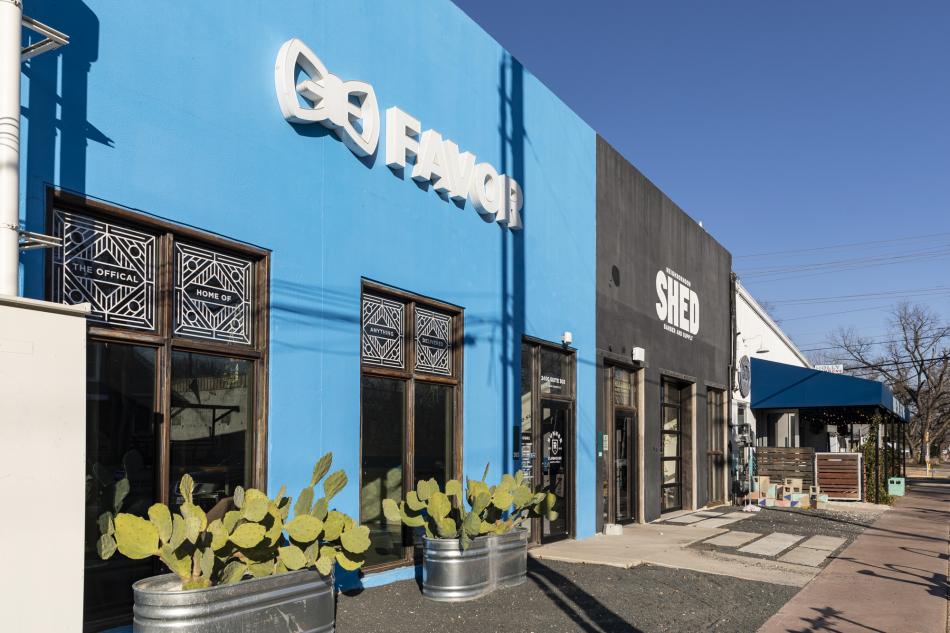 “We have been investing in Austin, Texas, for the past 20 years, and we take great pride in finding historically overlooked and misperceived neighborhoods such as East Austin,” said Neville Rhone Jr., an Arc cofounder and managing partner, in a press release. The development so far seems to be intent on preserving some local flavor. 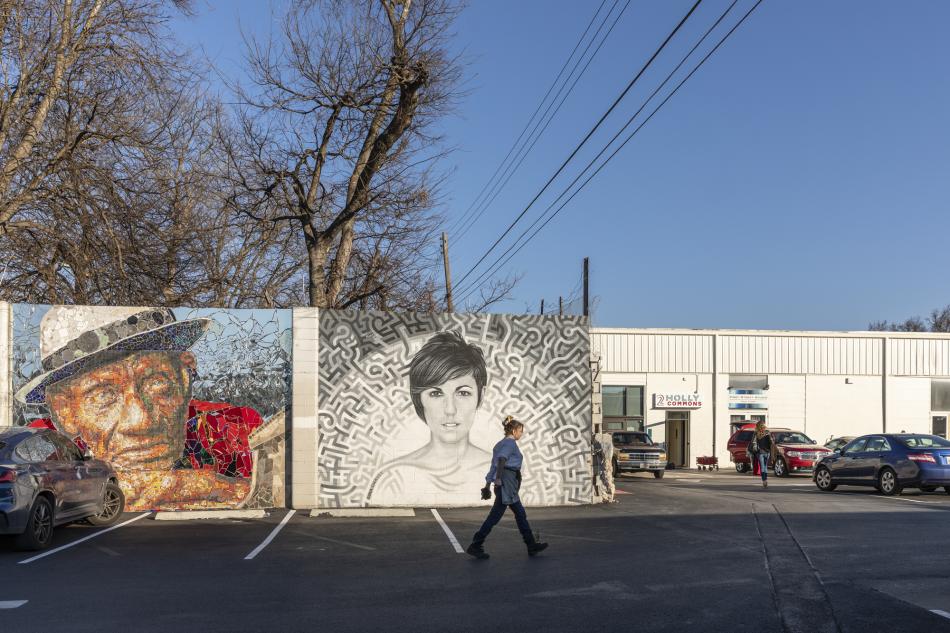 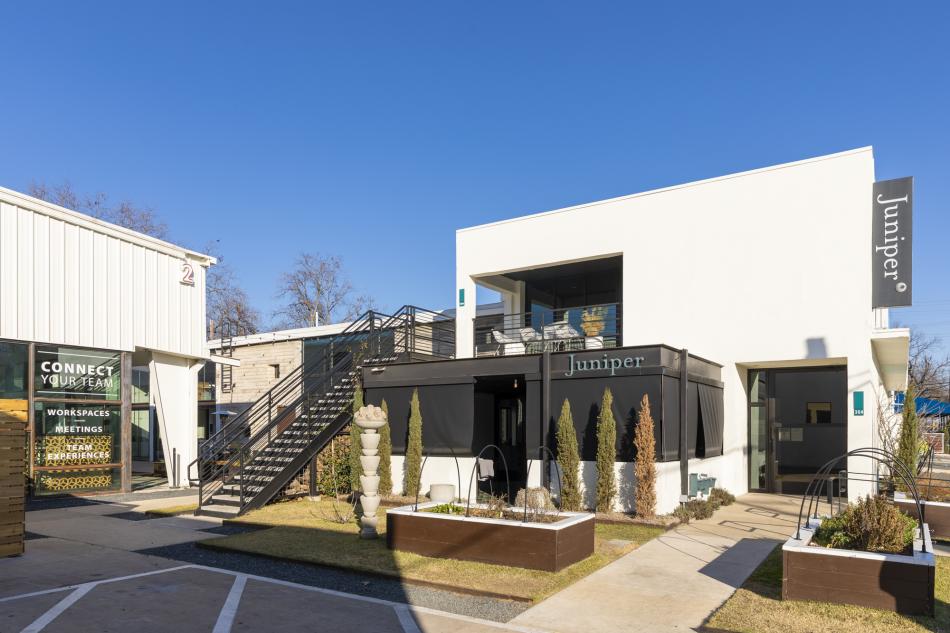 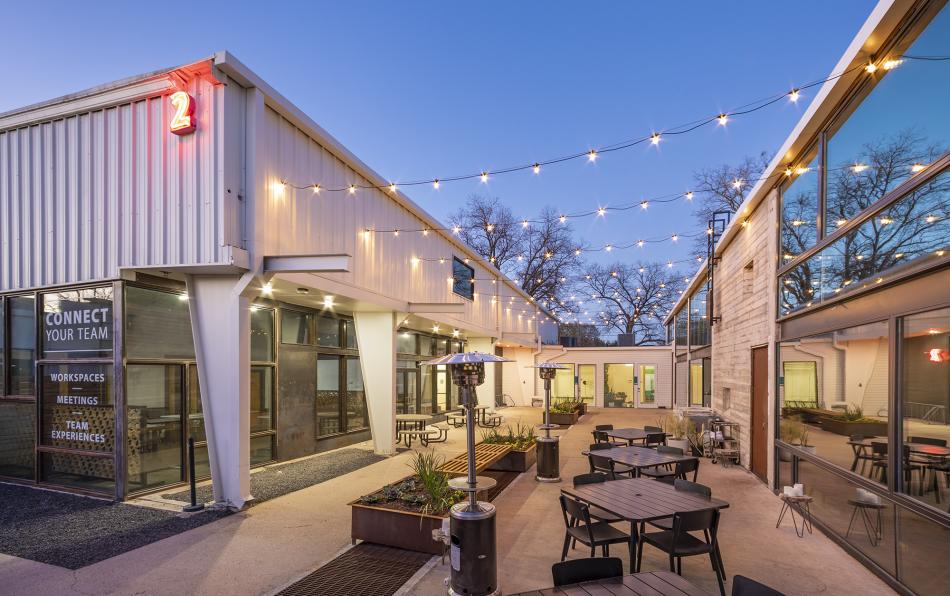 “Our property upgrades resulted in incredible tenant retention despite initial pandemic-related setbacks,” said Quincy Allen, also an Arc cofounder and managing partner. “We have only seen this momentum accelerate since.”