Waterloo Greenway, the linear park being built along Waller Creek, just got a $9 million cash infusion.

The money came in form of grants from the U.S. Army of Engineers. It was the first federal investment in the public-private partnership between nonprofit Waterloo Greenway Conservancy and the city of Austin, which together are overseeing and procuring funding for most of the ambitious project. The grants were made under the federal Infrastructure Investment and Jobs Act and will support work on the second phase of the greenway, which will eventually be a 1.5-mile park system stretching along Waller Creek on the east side of Downtown and Central Austin.

"This $9 million represents both the first benefit to Austin from the new infrastructure
law and the very first environmental infrastructure project to ever be approved in the state of Texas," said Waterloo Greenway CEO Jesús Aguirre at the project's announcement event.

The nonprofit conservancy's plan for the second phase of the project is called the Confluence. It which will focus on the southern end of the creek that winds through downtown toward the Colorado River, past notable spots including the Rainey Street Historic District and Palm Park. The new infrastructure will build on the Waller Creek flood control tunnel's capacity for mitigation, in part by reconstructing eroded, fallen creek banks that have been battered by historic weather events.

Remaking the creek will involve environmental restoration and include the creation of a thriving ecosystem with a resilient landscape that helps clean and manage stormwater runoff. Conducted in partnership with the city's Watershed Protection and Parks and Recreation Departments, the project will include a new landscape of nearly 1,550 trees, 200,000 mature plants, and 10 acres of seed mixes. According to planners, the new plant life in the 13-acre section of the greenway will improve downtown air, reduce greenhouse gas emissions, and diminish the urban heat island effect. 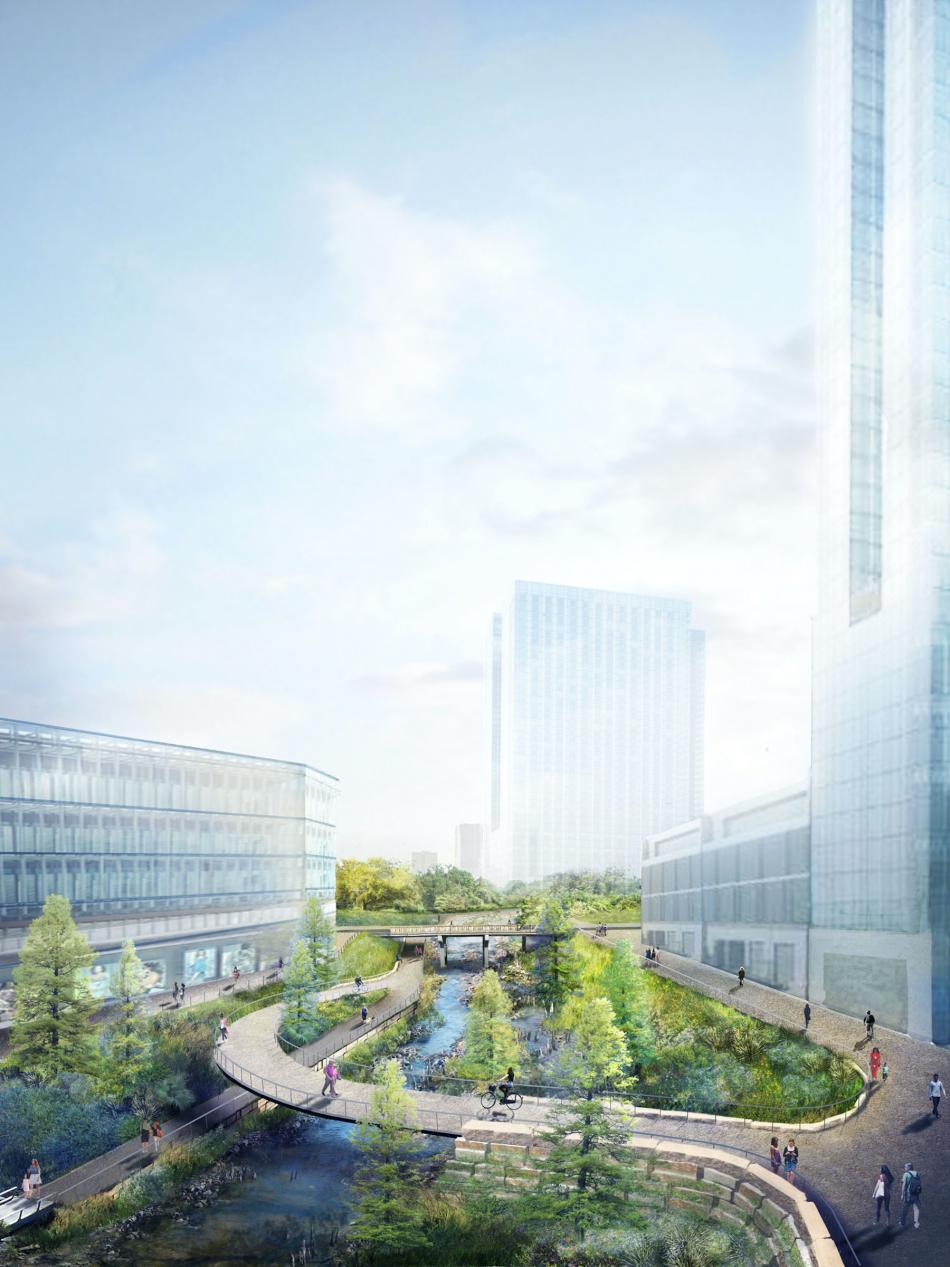 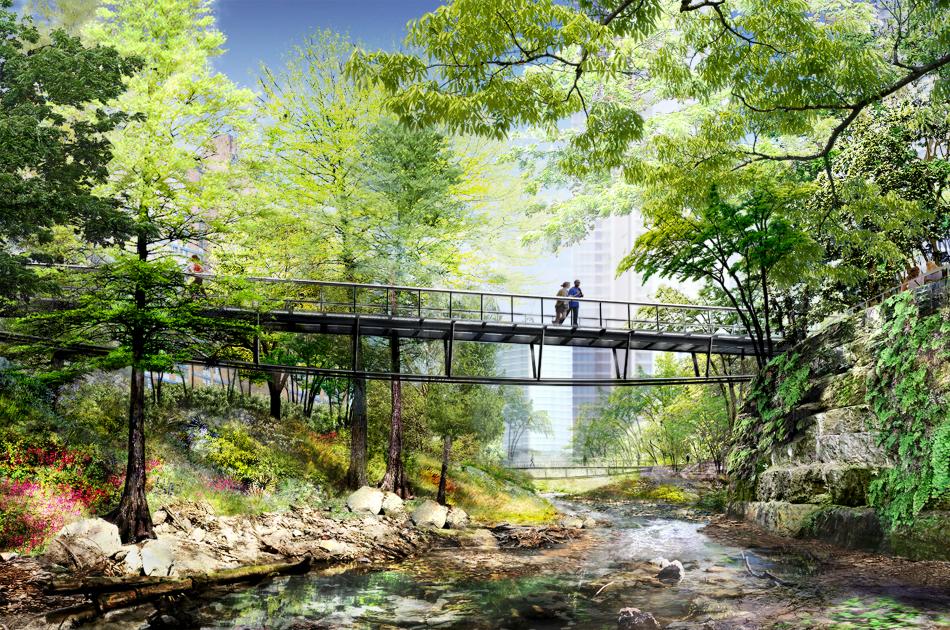 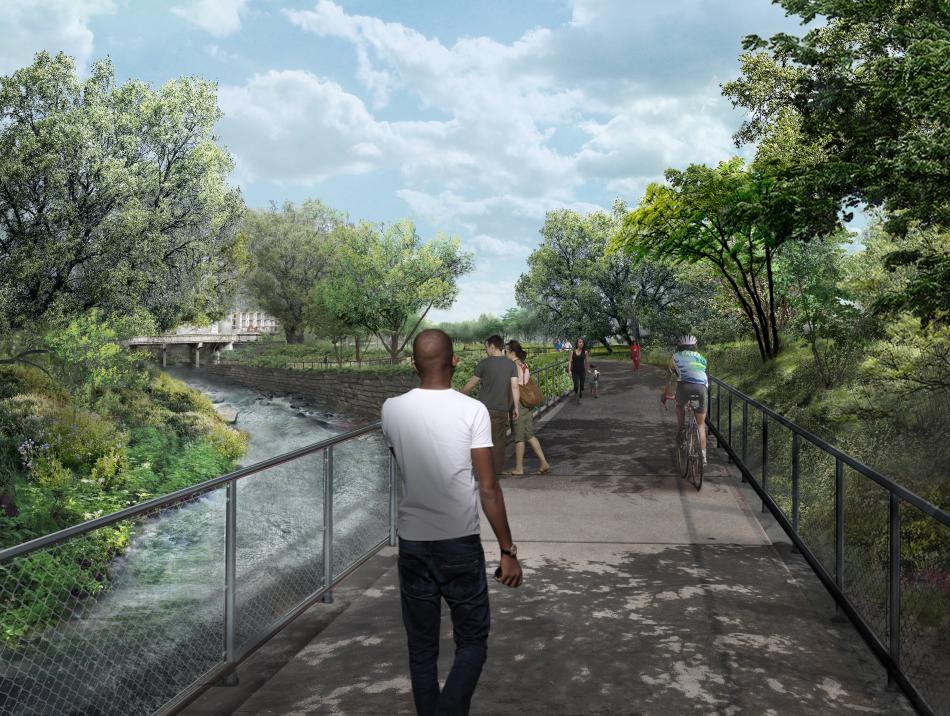 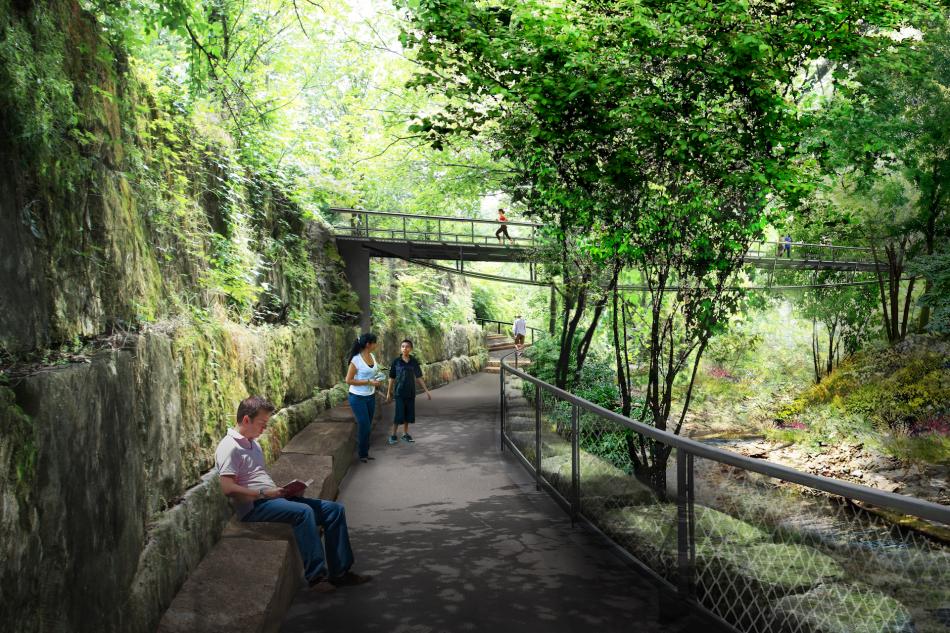 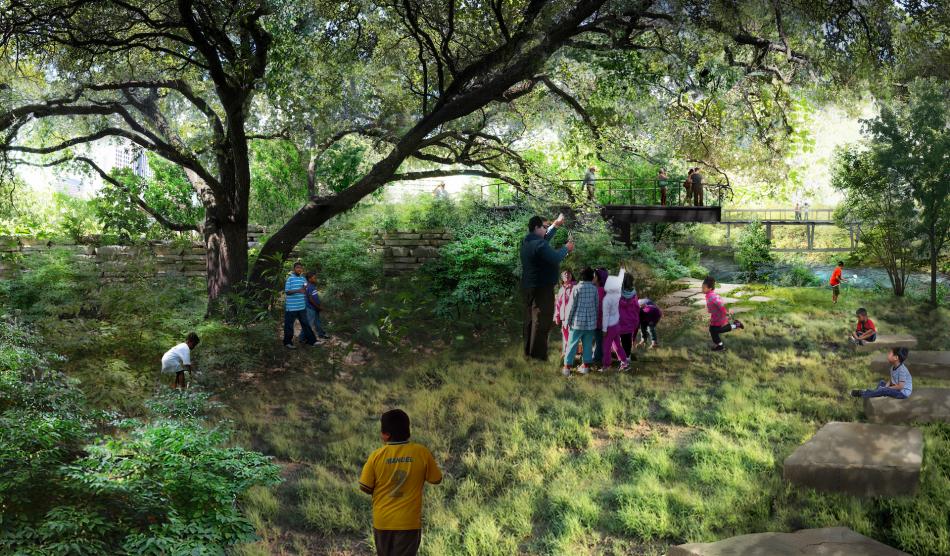 Construction on the Confluence is set to begin in October. The first phase of Waterloo Greenway was completed in 2021 and marked by the opening of Waterloo Park and Moody Amphitheater. Creekshow, an annual winter holiday installation event that was on hiatus in 2020 due to the COVID pandemic, resurfaced in the park in November 2021.