The record-setting rise in Austin home costs — which has been both meteoric and sustained, if that's possible — might finally be coming to an end.

After years of new highs in median home prices — which frequently broke records on a monthly basis — the Austin metro now tops the list of major U.S. cities where they've plummeted the most since June, according to a Realtor.com report.

Listed prices in the metro area dropped 10 percent since June, coming in at a median of $558,275, according to the report. They're still up about 2 percent since September of 2021 — but that's the smallest gain of any of the 100 most-populated U.S. cities the site studied. Nationally, prices are up 14 percent year over year, though they've also slowed some since June.

The number of Austin area home sellers who lowered their list price was also up — more than 250 percent since September of last year.

In its characteristically boomy way, Austin rode its huge a population surge — spurred by pandemic and tech-business migration along with statewide growth — to new home-price heights in recent years. Low inventory and zoning regulations that hinder housing development helped push prices up as well.

In addition to the impact of rising interest rates and inflation, "we’re kind of seeing what we saw in 2001 when the dot-com bubble burst," with more inventory and less demand, said Austin real estate agent Paul Reddam. Investors and other buyers will swoop in when prices get low enough, Reddam predicted. “They’ll start gobbling things up at a deal,” he said in the report.

A number of Sunbelt cities, many of which also saw recent population jumps from COVID-related migration, joined Austin at the top-of-the-bottom list. Phoenix, Arizona, had a year-over-year median home price jump of 4.4 percent to grab second place on the site's list of lowest gains. 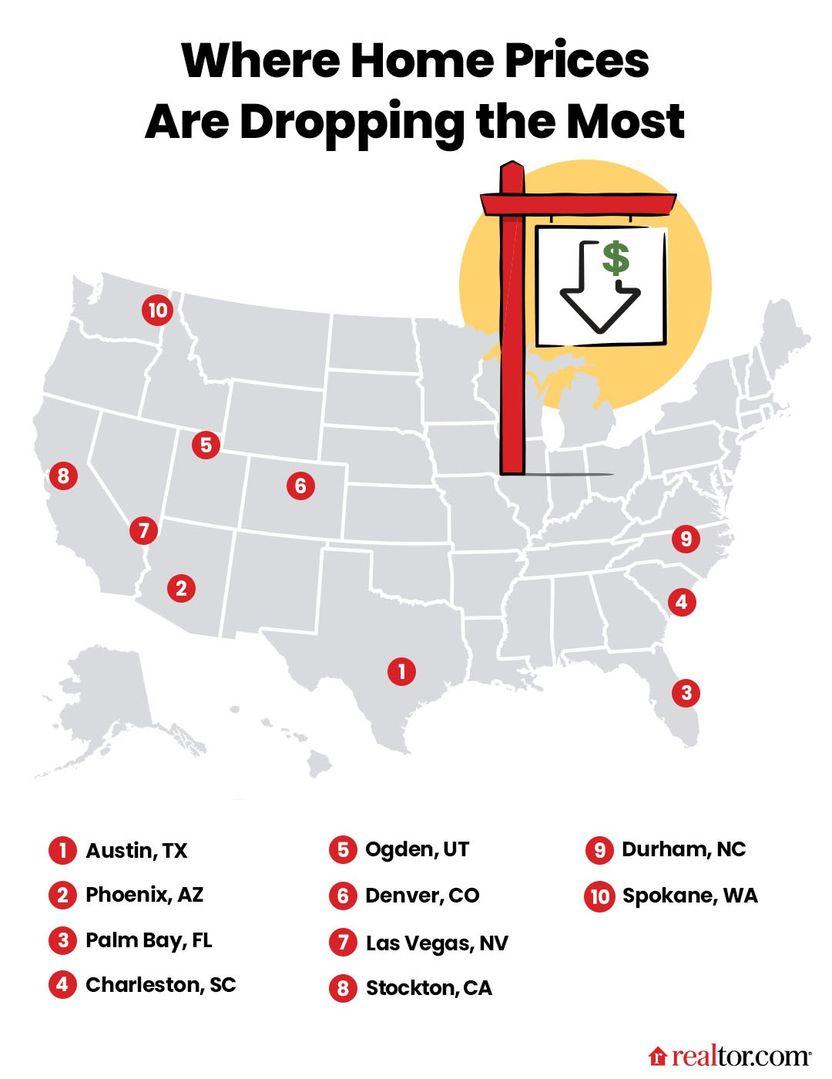 Palm Beach, Florida, came in third-lowest, with a 5.8 percent gain since the same time last year.

To create the report, Realtor.com looked at home list price changes in the country's 100 largest metropolitan areas since June, when markets peaked nationally. For geographic diversity, it included only the metro with the biggest drop in any state.