The Oakwood Cemetery in East Austin is city's oldest and perhaps the most emblematic of its multicultural but segregated history.

Once called City Cemetery, it was established in the 1850s, although it was likely a burial site before that. It's on 40-plus acres of once-isolated, now central land just east of I-35 and north of the  Swedish Hill Historic District, Austin's smallest neighborhood.

Due to the time and place of its establishment, it has once-segregated sections that were designated for the deceased of Austin's Black, Hispanic, and Jewish populations. There were a number of "pauper's" and other unmarked graves there — some subject to reburial — as well as the resting places of several well known Austinites and Texans, including Alamo survivor Susanna Dickinson;  storyteller, radio personality, and Hollywood blacklist battler John Henry Faulk; musicologist John Lomax; and Henry Green Madison, the first Black member of the Austin City Council.

Oakwood Cemetery became a recorded Texas Historic Landmark in 1972, and an annex, separated from the original by Comal Street, was added in 2003. It was added to the National Register of Historic Places in 1985. Between the main and annex sites, it has about 23,000 burials.

In recent years, the city and other groups — notably nonprofit Save Austin's Cemeteries — have undertaken a number of projects to restore and recover the history of the place and the people buried there — including a renovation of the small onsite chapel as a part-time exhibitions space and a naming and mapping project for its late residents.

October saw the launch of a different kind of project focused on the cemetery — this one focused on what's above ground.

"To Carve" is an online multimedia exhibit that looks at the monuments and markers in the cemetery, created with the help of the city, the Austin Parks and Recreation Department, and the Austin Civilian Conservation Corps. 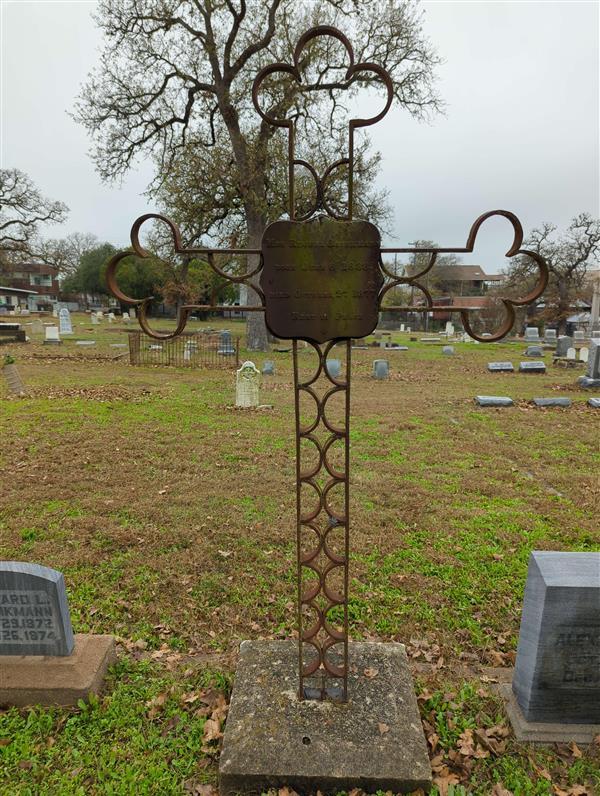 A metal monument in Oakwood CemeteryCity of Austin

In different clickable sections, the digital exhibit includes a video tour of symbolism by researcher and author Tui Snide; a college class' digital monuments created in augmented reality; other artists' interpretation of  heir favorite monuments; and more research, information, and interpretation related to the site's 15,000 monuments.

"Oakwood Cemetery monuments are made of granite, marble, limestone, concrete, zinc, wood, and metal," according to exhibit information on the city of Austin website. "There are five mausoleums, many obelisks, angels, and hundreds of examples of architectural shapes and fonts. These functional works of art are also interpreted and paid tribute by Austin artists through different mediums of expression." 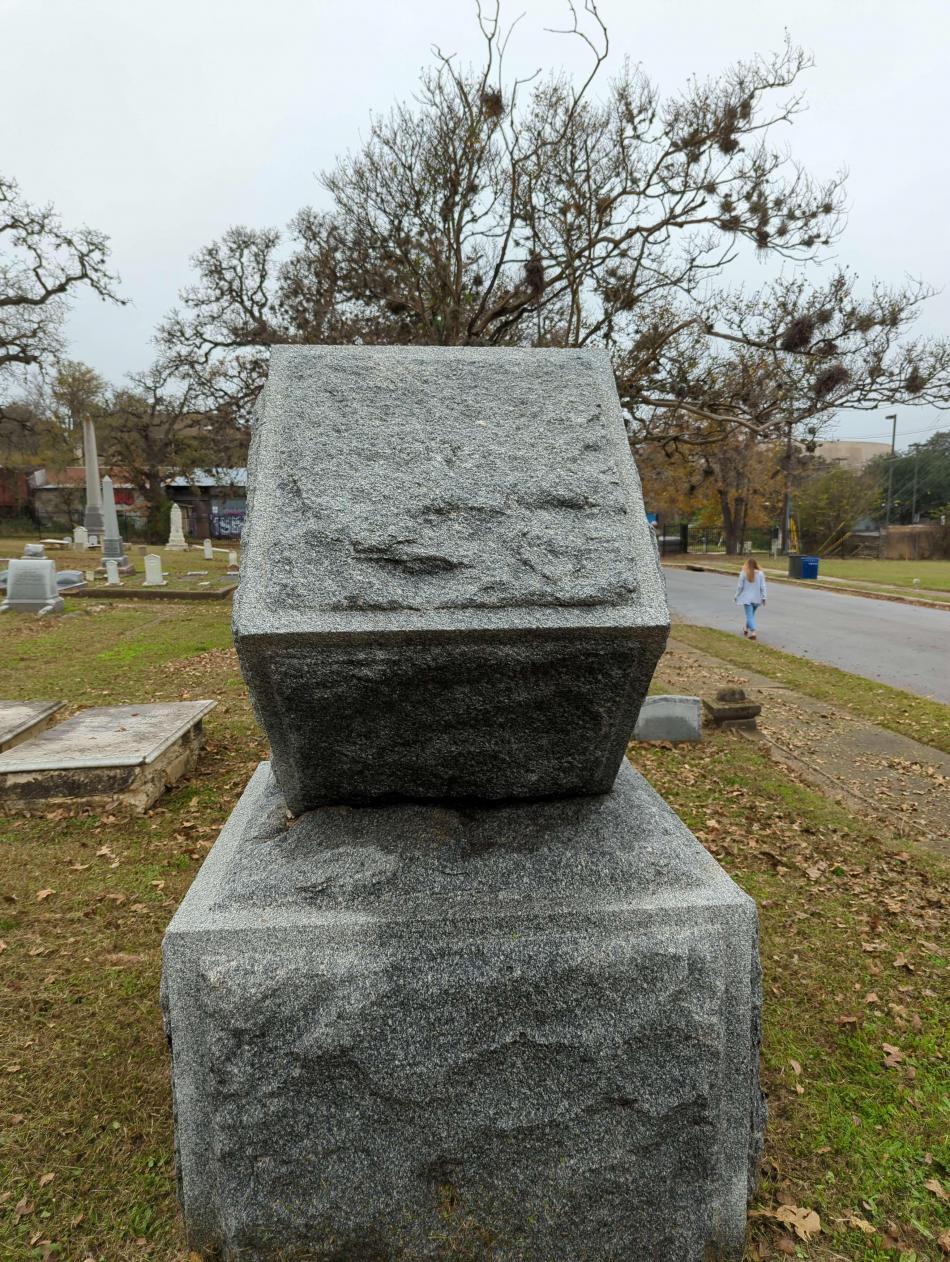 A geometrically designed monument in Oakwood CemeteryCity of Austin

"Attention is given to the shapes, symbols and carved details found in the different types of stone within the cemetery grounds," it continues. "Symbols can be complex and mysterious, containing within them a thinly veiled message from the past."