A zoning revamp that would allow cocktail bars on a major East Austin corridor has received the nod from the city council.

The council approved the plan at its Thursday meeting after dozens of East Austin residents spoke against a late addition to the proposal that would allow more "cocktail lounges" — the city's code-talk for food and beverage establishments that make the majority of their sales on liquor — on the street.

The expanded cocktail-lounge use was a relatively late addition to the city-initiated rezoning plan, which has a much wider scope — part of months, if not years, of work to reconcile overlapping plans from the city planning departments and its Urban Renewal Board. In addition to permitted and conditional uses, the  new ordinance affects allowable building heights, floor-to-area ratios, and impervious cover maximums along East 12th Street between I-35 and Poquito Street about 12 blocks to the east.

Following the City Council's approval of the ordinance on second reading in June, residents in affected neighborhoods gathered enough signatures protesting passage of the ordinance to constitute a valid petition requiring nine council members to vote in favor of the proposal for it to pass.

Neighbors who spoke or sent letters to the council arguing against passage of the resolution said they were generally in favor of development on the street but did not want bars to proliferate there for a number of reasons.

Councilmember Natasha Harper-Madison, who represents the affected district, said the intention of the expansion of permitted uses was to encourage the revitalization of the historic area. She and other advocates pointed to the history of East 11th and 12th streets as active commercial corridors for Black businesses and residents during the Jim Crow and segregation eras in Austin and envisioned possibilities for an African American music district on East 12th Street. The street is part of the city's African American Cultural Heritage District.

Opponents parsed the history East 12th Street, pointing out the stronger case for East 11th Street's legacy as a live-music destination. Some also noted that much of the land on East 12th Street is owned by Dallas-based Eureka Holdings (or many LLCs with its mailing address), which they said has shown no propensity toward developing an African American music district. Many opponents also said there had been very little community involvement in the decision to add allowed cocktail-lounge use to the proposal.

Harper-Madison pointed out that new cocktail lounges on the street would require a conditional-use permit — meaning it would need to be approved by the Austin Planning Commission, a decision that could be appealed to the City Council. Before the meeting, the councilmember had submitted an additional amendment that would prohibit cocktail lounges on the street from being within 200 feet of one another. 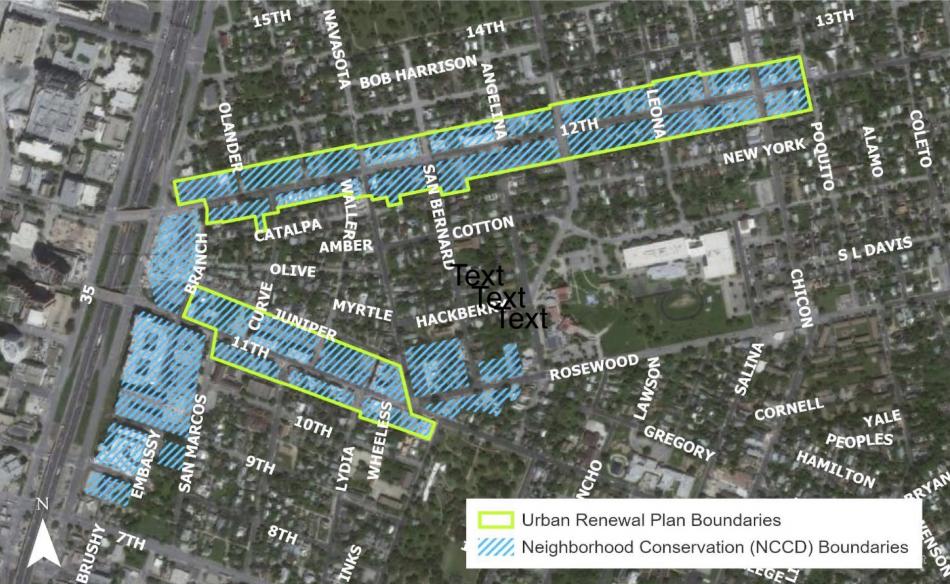 Backup documents for the meeting also included a "Cocktail Lounge Distancing Use Analysis" that rated the likelihood of sites on East 12th Street becoming bars. The ratings were based on factors such as current use and site constraints rather than any legal restrictions.

Harper-Madison also said that she and her staff had conducted a survey that asked questions about 12th Street development in general "through door-to-door canvassing and targeted online outreach."

"The decision to include limited conditional use for cocktail lounge was not unilateral," Harper-Madison said. "My team conducted a robust community engagement process with a public survey that gathered input from property owners, renters, business owners, and stakeholders in these two important corridors."

Meeting backup materials on the item contained a summary of survey outcomes. The summary did not include a description of its methodology, how participants were chosen, or if they live or operate businesses in District 1.

During council discussion, District 9 representative Kathie Tovo said that she liked many elements of the zoning plan but couldn't go along with the expansion of cocktail-lounge use on the streets. However, she said, she could "read the tea leaves" of councilmember votes and would not propose an amendment that would override the inclusion of that use.