While we’re not entirely sure that new apartment construction in Austin slowed down much in the past two years (even given the pandemic, supply chain issues, inflation, and other potentially inhibiting factors). But if so, that era appears to be over.

According to a new Rent Cafe report, an expected 18,300 of them will be delivered in Austin by the end 2022. If things play out as predicted, the Austin metro would reach a 5-year high when it comes to new apartments.

That puts the metro fourth in the study’s national rankings – a move up from its spot at seventh this time last year. New York City surged to the top of the list with 28,200 expected units, and Miami’s in third, with 19,000. Still, Texas cities represent two-thirds of the report’s top five, with DFW in second (23,000) and Houston pulling up fifth (17,700).

Some 420,000 new apartments are expected to be built nationwide by the end of this year – a number not exceeded since 1972.

Demand for rental apartments and the effect of rising inflation and interest rates on would-be homeowners are to account for the explosive growth in rental construction, according to the report.

While the report touts an increase in apartment construction as a way to battle rising rent, industry experts cite challenges that could mitigate any anticipated drop in lease payments. “The construction industry is finally returning to pre-pandemic levels of activity, Yardi Matrix’s Doug Ressler said in the report,“but is still being hampered by three familiar challenges: labor shortages; material costs and availability; and supply chain issues.” 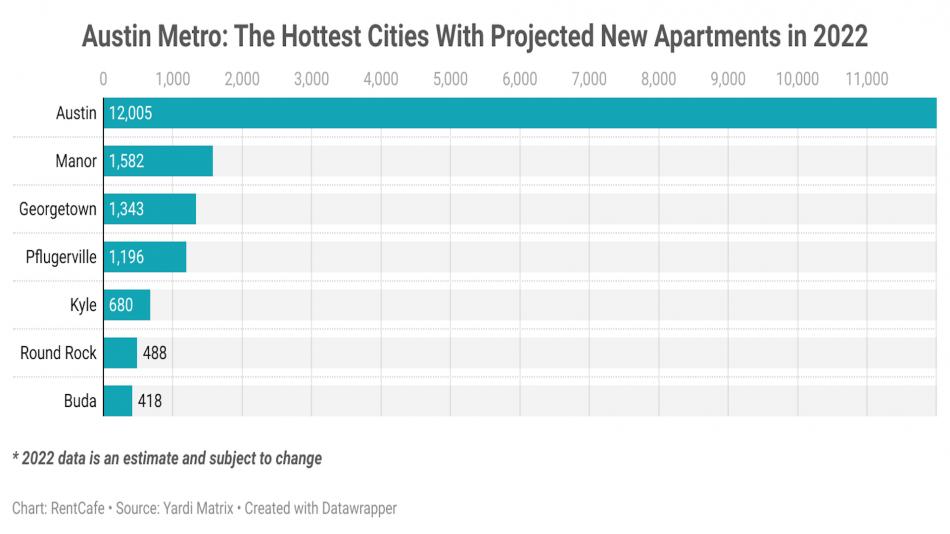 To calculate its apartment projections for the year, Rent Cafe used a Yardi Matrix proprietary algorithm, which includes "confirmed and likely completions for 2022 based on the issuance of a certificate of occupancy," it reads. 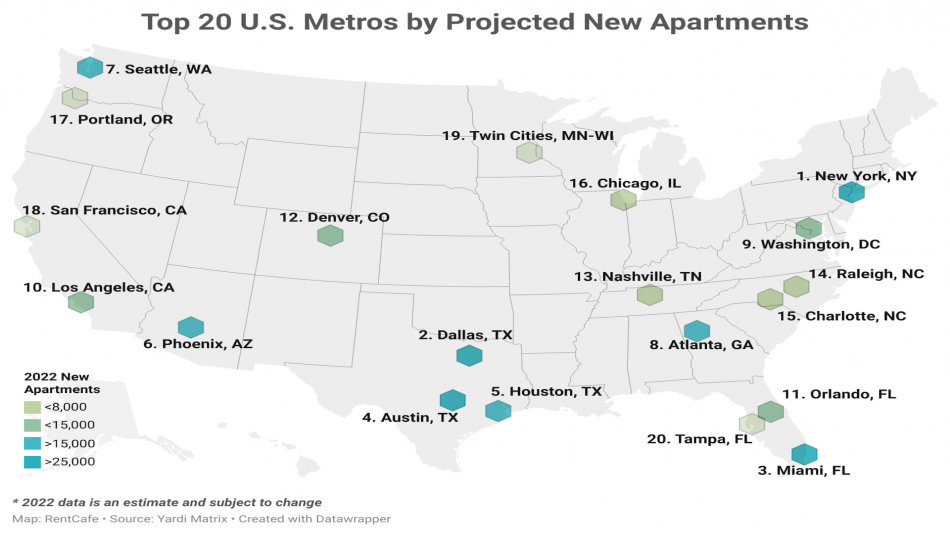 Austin is fourth in the nation for apartment construction.RentCafe