Construction on a 100-home planned community of 3D-printed houses in Georgetown, Texas — a 67,000-person city about 30 miles north of Austin — has begun, Lennar announced Thursday.

The 3D homes will be printed with the Icon's Vulcan robotic construction systems, software, and materials. Developers are looking to the Austin-based construction technology company's tools, which will be used to create the wall systems in the subdivision's homes, to deliver houses on a large scale, with less waste, lower costs, and in less time than those built by conventional methods.

The Vulcan is also touted to offer more design flexibility, which Lennar says will be used to produce architecturally thoughtful, energy-efficient, resilient, and sustainable ranch-style homes for the 755-acre development.

Developers say it's the first 3D-printed, master-planned community in the world (as well as the largest, which would make sense).

Wolf Ranch will offer single-family homes ranging from 1,574 to 2,112 square feet, with three to four bedrooms and two to three baths. They'll be powered by rooftop solar panels and will feature Ring doorbells, wifi-connected deadbolts, smart thermostats, and a security package. Community amenities will include pools, recreational trails, and parks. Prices will start in the mid-$400,000s.

Austin-based Icon was founded in 2017 and completed the nation’s first permitted 3D-printed home in 2018. Since then, its proprietary printing robotics, software, and materials have been used on a variety of projects, including collaboration on a high-design home with Central Texas architecture firm Lake Flato, outer-space prototypes, and tiny homes for Community First, a development for formerly unhoused Austin residents. 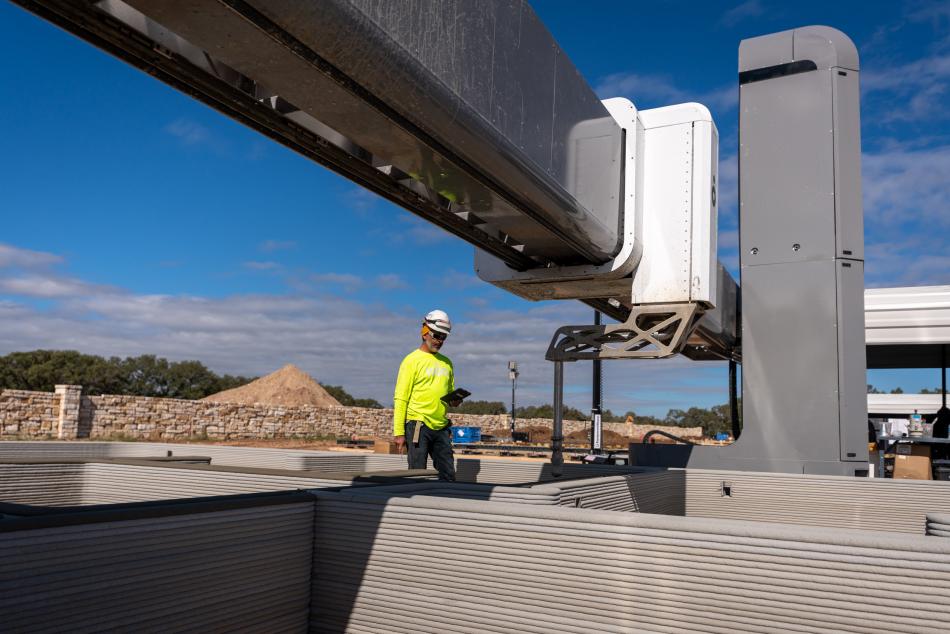 Icon's Vulcan technology is used to create houses in a 100-home planned community in Georgetown.Courtesy of Lennar

Lennar, which is headquartered in Miami, invested in Icon's series B financing round and officially teamed up with the Austin company on the Wolf Hill project in October last year.